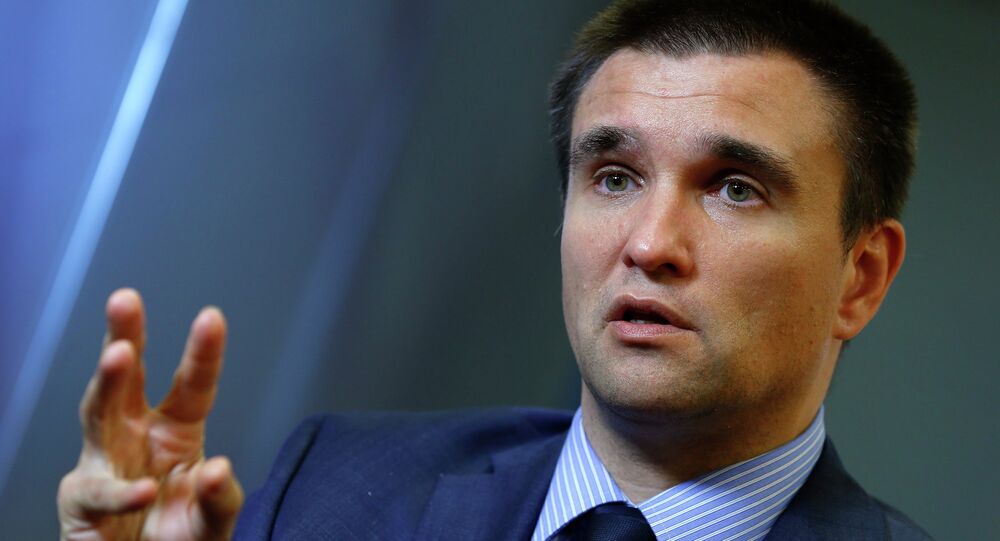 Ukrainian and Danish foreign ministers discussed cooperation in the energy sector and the issue of boosting the rule of law in Ukraine.

"I thanked Martin [Lidegaard, Danish Foreign Minister] for his personal efforts in the energy sphere, as we plan shortly to sign a deal to set up a Danish energy center – a special bilateral center within the Ukrainian Energy Ministry," Klimkin was cited as saying during a joint press conference with Lidegaard by the UNIAN news agency.

According to the agency, the two ministers discussed Denmark's support for the implementation of the association agreement between Ukraine and the European Union, cooperation in the energy sector and the issue of boosting the rule of law in Ukraine.

At the press conference, that took place in Kiev, Klimkin also announced that the two countries signed an agreement to simplify the current visa regime, making travelling between Ukraine and Denmark easier.

EU to Ratify Association Agreement With Georgia by December 2014: Reports