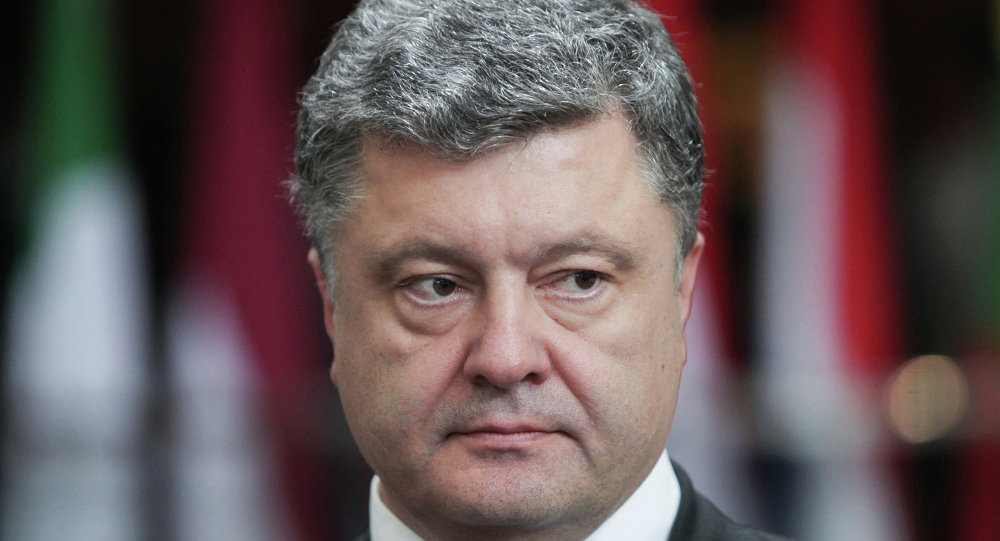 “As the Commander-in-Chief, I have issued all necessary orders to ensure the defense of Mariupol and to keep the troops in high combat readiness,” Poroshenko said in his Twitter blog.

The Ukrainian president visited Mariupol on Monday as the city remains besieged by pro-independence militia that advanced towards it last week before the current ceasefire agreement.

On September 7, the Mariupol City Council said a decision had been made at the Mariupol territorial defense headquarters to install a second defensive ring around the city.

Before that, Ukraine’s Interior Minister Arsen Avakov said via Facebook that additional Ukrainian forces are gathering around Mariupol, which hosts the Kiev-appointed authorities of the Donetsk Region.

The Deputy Prime Minister of the self-proclaimed People's Republic of Donetsk (DPR), Andrei Purgin, told RIA Novosti that the Donetsk and Luhansk militia intend to adhere to the ceasefire despite provocations by Ukrainian law enforcers.

The ceasefire agreement was signed during the September 5 meeting of the Contact Group on Ukraine, with representatives from Ukraine, Russia and the Organization for Security and Co-operation in Europe (OSCE). The main provisions of the ceasefire are the cessation of hostilities and the exchange of prisoners.