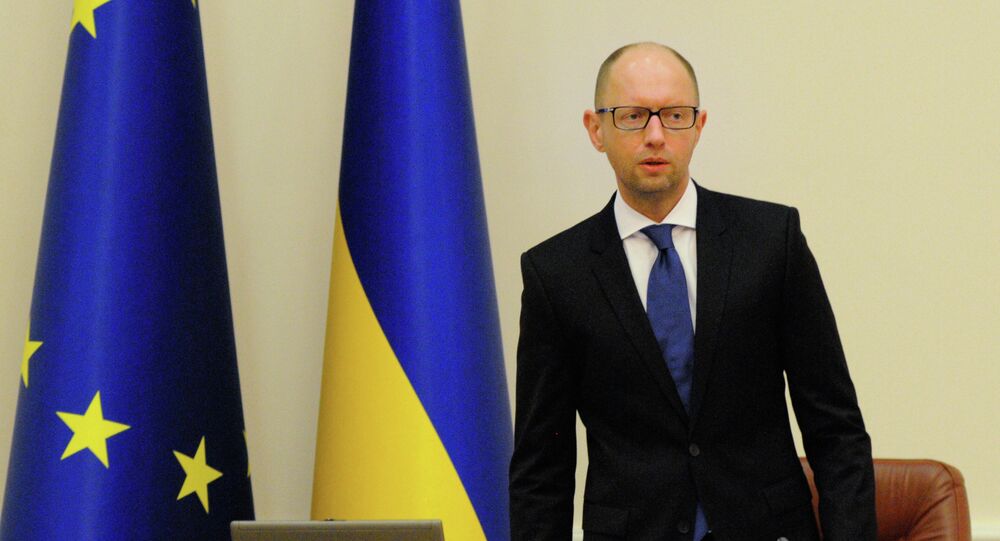 The Ukrainian Cabinet has submitted a bill to the country’s parliament to drop its “non-aligned bloc” status and renew its path to becoming a member of NATO, Ukrainian Prime Minister Arseniy Yatsenyuk said Friday.

MOSCOW, August 29 (RIA Novosti) – The Ukrainian Cabinet has submitted a bill to the country’s parliament to drop its “non-aligned bloc” status and renew its path to becoming a member of NATO, Ukrainian Prime Minister Arseniy Yatsenyuk said Friday.

“In line with the Ukrainian National Security and Defense Council’s decision, the Ukrainian government will introduce to parliament legislation on changing the non-aligned bloc status of the state of Ukraine and a renewal of the path toward Ukraine becoming a member of NATO,” Yatsenyuk said.

Earlier, Kiev authorities said that Ukrainian membership in NATO is not on the table, as there is no national consensus on the issue. The eastern regions of Ukraine tend to look to Moscow and consider NATO membership a threat, while the western regions believe membership in the alliance could lead to the country’s integration into the Euro-Atlantic community.

Attitude to Ukraine’s potential joining NATO reflects  a number of controversies between its eastern and western regions: the former ones  tend to be pro-Russian and regard this possibility as a threat , whereas the latter consider it to be a chance to get integrated into the Euro-Atlantic alliance. Viktor Yushchenko, Ukraine’s third president (2005-2010) set a course for Ukraine to join NATO, while his successor Viktor Yanukovych (2010-2014) formalized in legislation Ukraine’s  out-of-bloc status.

The country’s authorities stated in spring and summer that there was no question of Ukraine being a NATO member, saying there was no consensus on the issue among the public.

On August 29 Ukraine’s Cabinet of Ministers introduced a bill to Rada revoking Ukraine’s out-of-bloc status and resuming the course to join NATO. The alliance stated more than once that there was yet no question of Ukraine becoming a NATO member under debate.
In 2008 NATO countries rejected Ukraine’s application to get a membership roadmap.