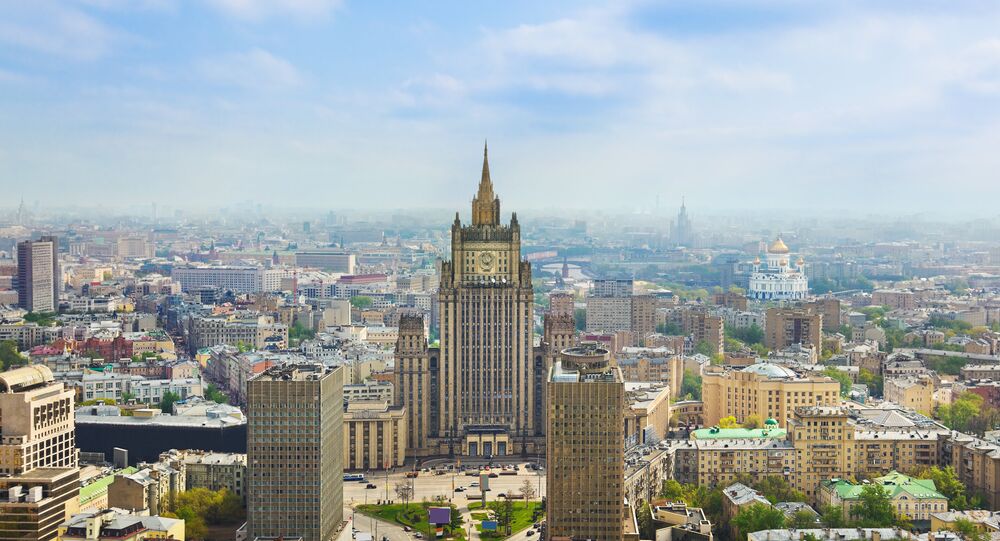 Moscow has expressed hopes that NATO will pressure Kiev into fair and just implementation of Berlin Declaration and Geneva Accords, the Russian Foreign Ministry said in a statement on Saturday.

MOSCOW, August 23 (RIA Novosti) - Moscow has expressed hopes that NATO will pressure Kiev into fair and just implementation of Berlin Declaration and Geneva Accords, the Russian Foreign Ministry said in a statement on Saturday.

“Among numerous tales voiced by the West over the delivery of Russian humanitarian aid to southeastern Ukraine, the statement of NATO Secretary General Anders Fogh Rasmussen that the convoy’s entry is allegedly violation of Moscow’s international commitments, ‘including those made recently in Berlin and Geneva’ has attracted our attention,” the ministry said.

The ministry stressed that it had long been demanding Geneva Accords to be “implemented in full, first and foremost Kiev’s stated commitments to ensure an ‘inclusive, transparent, and accountable constitutional process.’”

The ministry also stressed that the issue of humanitarian aid was never mentioned neither in Berlin Declaration, nor in Geneva Accords.

“So that speechwriters of the NATO head would be better off studying these documents before voicing accusations,” the statement reads.

The ministry also said that NATO Secretary General’s remarks are no longer worth commenting.

“Everyone is used to the current NATO Secretary General’s strive for media attention for a reason and without a reason in the context of the Ukrainian crisis, including over the issues that the North Atlantic alliance is not competent to comment on, so there is no sense to comment on his remarks,” the ministry added.

On July 2, the four foreign ministers of Russia, Ukraine, Germany and France met in Berlin and adopted a declaration that called for a peaceful resolution to the conflict in Ukraine’s southeast.

On April 17, the top diplomats from Russia, the United States, the European Union and Ukraine met in Geneva to devise road map, which called for the end of violence in the region, amnesty for all those involved in the fighting and a peaceful dialogue between the state authorities and the independence supporters.

The Geneva Accords did not stop Kiev from proceeding with its special military operation, resulting in more victims and forcing locals to flee from conflict-hit regions in Ukraine’s southeast.