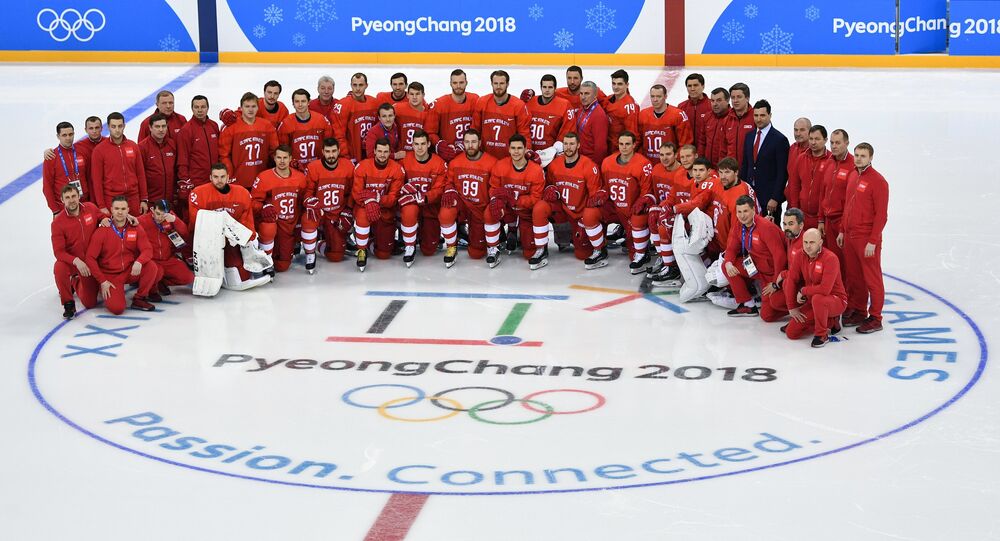 Wednesday's matches between Slovakia and Olympic Athletes from Russia (OAR), as well as between the United States and Slovenia, will open the men's hockey tournament within the framework of the 2018 Olympic Games in South Korean Pyeongchang.

According to the International Ice Hockey Federation’s (IIHF) 2015 world ranking, Canada, Russia, Sweden, Finland, the United States, Czech Republic, Switzerland and Slovakia won the right to participate in the Olympic men's hockey tournament. The national teams of Germany, Norway and Slovenia won the rights to take part in the event after the qualification games in 2016.

The tournament that will continue until February 25 will be the first one without players from the National Hockey League (NHL) since 1994. The league announced that it would not suspend its regular championship for the Olympics and prohibited players from joining their national teams. Therefore, the teams playing at the Olympics are mostly represented by Kontinental Hockey League (KHL) and European teams as well as North American universities and minor leagues.

Youtube / Даниил Чехлань
Fans Meet Russian National Hockey Team in Seoul
The Olympic matches will take place at the Gangneung Hockey Center that can accommodate about 10,000 spectators. The arena was built specifically for the 2018 Olympics. There is a high chance that the arena will be pulled down after the competitions as nobody knows what to use the venue for afterwards. Ice hockey is not very popular in the Asian nation.

Due to the doping scandal and the decision of the International Olympic Committee (IOC) to suspended the Russian Olympic Committee, the Russian athletes are competing in the Olympic events under a neutral flag. That is why one of the first two matches of the tournament would be held between the teams of Slovakia and OAR.

Slovakia's national team has not defeated Russian hockey players in official matches for eight years since 2010 Olympics in Canada's Vancouver. The previous game between the Russians and the Slovaks within the framework of the Olympic Games took place in 2014 in Sochi and resulted in the victory of the Russian team.

Before the game, Craig Ramsay, the coach of Slovakia's national team, said that the Russians have the strongest hockey team at the Olympics, calling the OAR team the main favorite of the men’s hockey tournament. His words are echoed by several other experts.

Russia is an eight-time Olympic champion in ice hockey, including seven victories of the Soviet team and an additional victory as a team of the Commonwealth of Independent States in 1992.

© Sputnik / Vladimir Fedorenko
Russian Ice Hockey Goaltender Vasilevskiy Makes Potential Save-of-the Year
The Russian team includes a number of world stars, such as Pavel Datsyuk, Ilya Kovalchuk and Sergei Mozyakin, as well as talented young players Kirill Kaprizov and Nikita Gusev. Vasily Koshechkin will be the goalkeeper of the OAR team and Oleg Znarok is the coach of this team.

Russia's national championship has been recently re-structured for the needs of the national team. Twenty three of 25 players of the OAR team represent two teams playing in the KHL, namely SKA St. Petersburg and CSKA Moscow. Mozyakin and Koshechkin represent Metallurg Magnitogorsk.

The participation of the OAR team will be shadowed by the fact that Anton Belov, Valery Nichushkin, Sergei Plotnikov, Alexei Bereglazov and Mikhail Naumenkov will not be able to contribute to the team’s performance as they were not allowed to participate in the Olympic Games by the IOC.