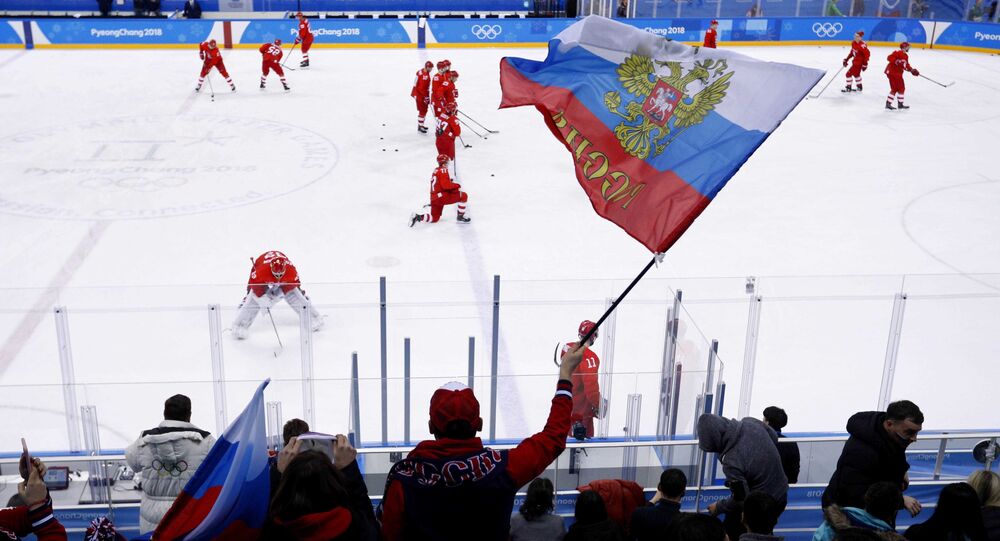 Olympic Ice Hockey Teams of Russia, US Banned From Handshaking

At least 261 athletes taking part in the 2018 Pyeongchang Olympics have already been affected by the highly contagious norovirus, which causes vomiting and diarrhea, among other symptoms.

The traditional handshaking between ice hockey players before and after matches have been banned by the Organizing Committee of the 2018 Winter Olympic Games in Pyeongchang, the Russian Ice Hockey Federation said in a statement published on its Twitter page.

"The organizing committee of the 2018 Pyeongchang Games has replaced the captains' handshake before the game and the post-match handshake of the [ice hockey] teams with a fist-bumping ceremony. This is done in connection with the cases of norovirus and for hygienic purposes," the statement said.

Apart from causing vomiting and diarrhea, the virus can prompt some people to get a fever, headaches and aching limbs, which is why the illness is often called "stomach flu."

Meanwhile, Russian hockey players are facing their US rivals at the 2018 Pyeongchang Games on Saturday, in a match that comes after Russia's 8-2 win over Slovenia.