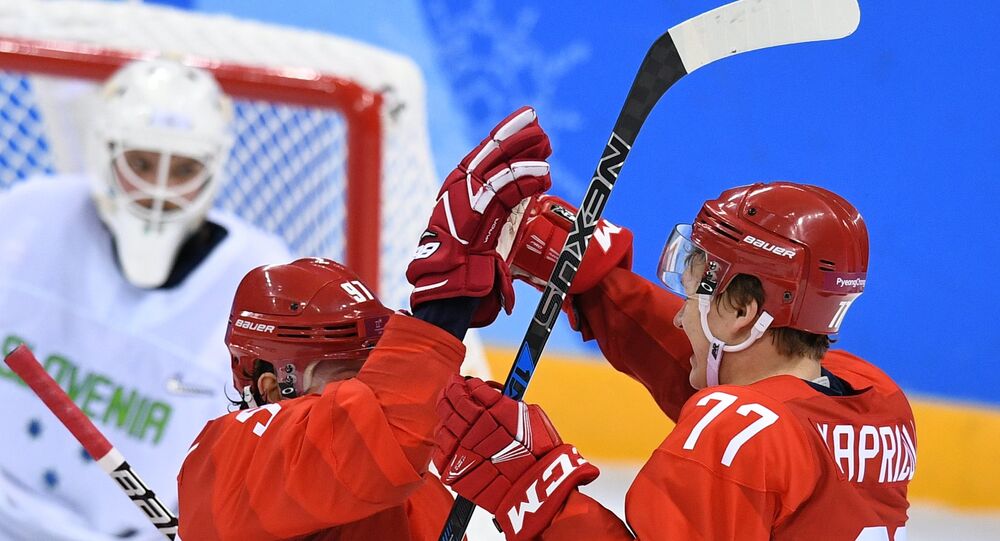 Nikita Gusev was the top scorer of the match with four assists.

Each of the two teams has one win and one loss after two matches. In the first matches, Slovenia defeated the United States 3-2 in overtime, while Russia lost 2-3 to Slovakia.

© Sputnik / Mihail Mokrushin
Russian Olympic Team Beats Chinese Athletes in Women's Curling
On Saturday, Russian team is scheduled to clash with the US squad, while Slovenia will play against Slovakia.

The Olympic men's ice hockey tournament features 12 countries in three groups. The groups' winners and the highest ranking of the remaining teams advance directly to the quarter-final, the eight remaining squads will have to play an eliminating qualification game.

Martin Fourcade Misses Out on Becoming Most Successful French Olympian

Seoul to Pay $2.6Mln for Pyongyang's Participation in Olympics - Reports