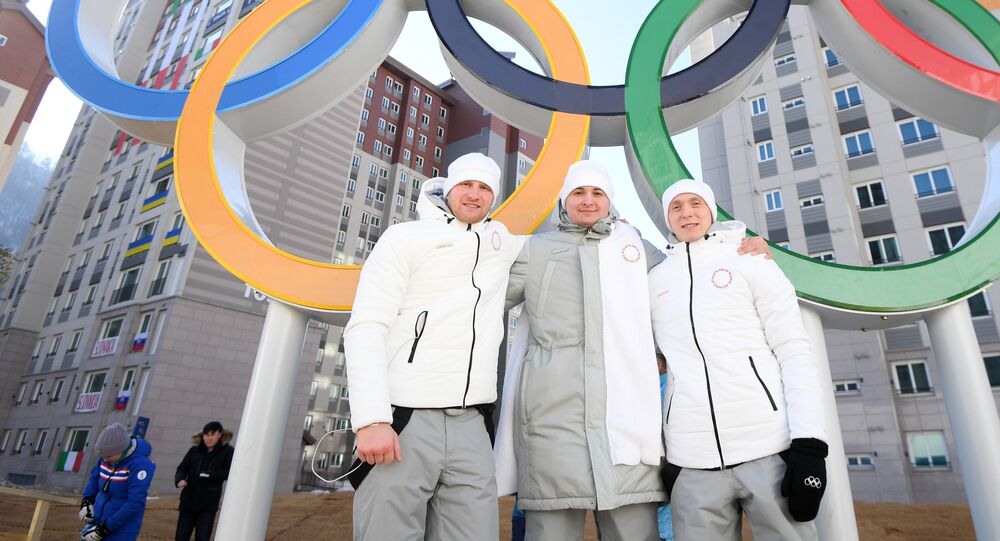 Around 160 people have been granted permission to compete as “neutral” athletes under the banner of Olympic Athlete from Russia after being cleared of doping by an IOC anti-doping panel. Radio Sputnik discussed the issue with an independent journalist Rick Sterling.

© AFP 2020 / Kirill KUDRYAVTSEV
Russian Athletes at Winter Olympics: From Doping Tests to 'Most Stylish Award'
Rick Sterling: We just do the best we can. We hope and pray and encourage people to join with us and put an end to the demonization and expose the bias, hypocrisy and falsehoods. That’s what we have to do. There are even bigger things than the Olympic Games at stake.  We are at the Olympics now and the positive sign is that North Korea and South Korea have merged together. This is much more in keeping with the goodwill of the Olympics, of the objective of forging peaceful relations. Contrary to this, we see the US complaining about that, seemingly wanting to promote conflict. I think we are in dangerous times where the bias and politicization of the Olympics is part of the bigger dangers that we face in the world today.