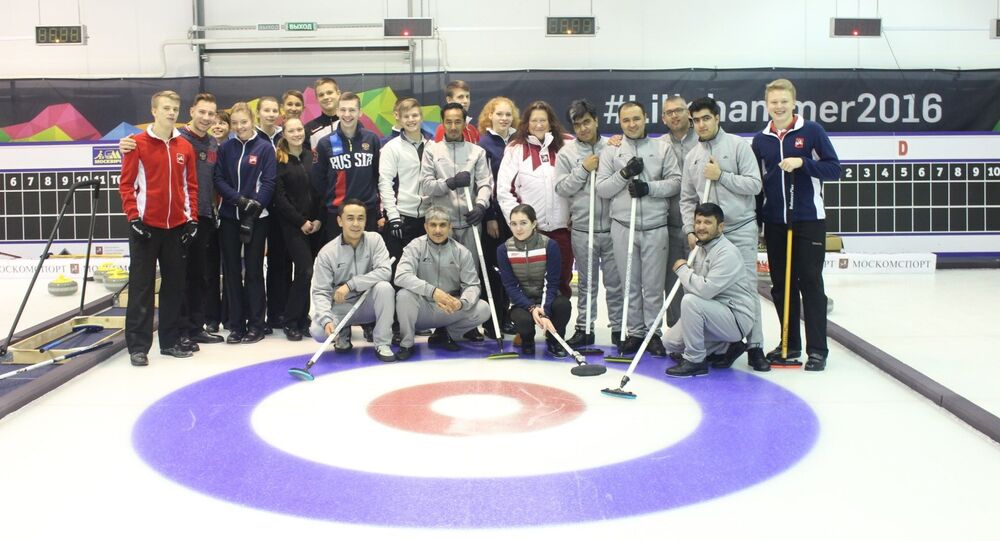 The Afghanistan Curling Federation was only been founded less than a year ago, but the national team already has ambitious goals for the future.

A year ago, Afghanistan's Olympic Committee press-secretary and the Federation's founder Manurshash Shahzad took an interest in curling. He immediately started his efforts of popularizing the sport in the country and creating the necessary conditions for its further development.

He faced stiff resistance at first with everybody telling him the exotic discipline is not for Afghanistan. But Shahzad was persistent, and with the help of his friend Ahmad Azizi gave birth to the Afghanistan Curling Federation operating under the national Olympic Committee.

"Curling is a winter sport that just came to Afghanistan. Since the Federation was founded, more and more young people get into curling. The aim of creating the Federation was to have Afghanistan included in the Winter Olympics, an important sporting event Afghanistan has never taken part in before. Right now, there's about 90 curlers in the country — men and women," Shahzad told Sputnik Afghanistan.

In December 2017, the Afghan national curling team arrived in Moscow to absorb some of the Russian curlers' experience. The rooks attended several clinics in the Moscow Curling Club, learning some valuable practical skills and tactical schemes.

Afghan curlers already have some experience competing on the international stage, and Shahzad plans on giving the team their first real challenge at the European Cup, which gets underway on February 18 in Italy.