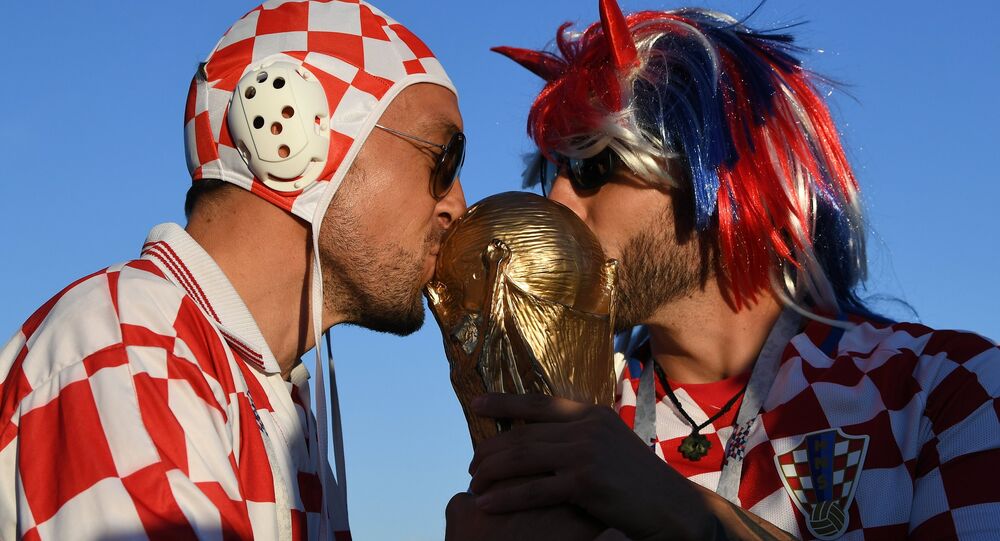 WATCH Fans Arrive at Stadium Ahead of Argentina-Croatia Match

Fans are arriving at the stadium in the Russian city of Nizhny Novgorod ahead of a key match between Argentina and Croatia.

Croatia leads Group D after the first round, Argentina and Iceland are in second and third place, respectively.

After refusing to come on as a substitute during Saturday's match against Nigeria in the dying minutes of the game, that Croatia won 2-0, forward Nikola Kalinic has been sent home by the team's coach.

Croatia midfielder Ivan Rakitic said earlier that Argentina were the favorites to win the World Cup despite drawing 1-1 with Iceland in their first game of the tournament.