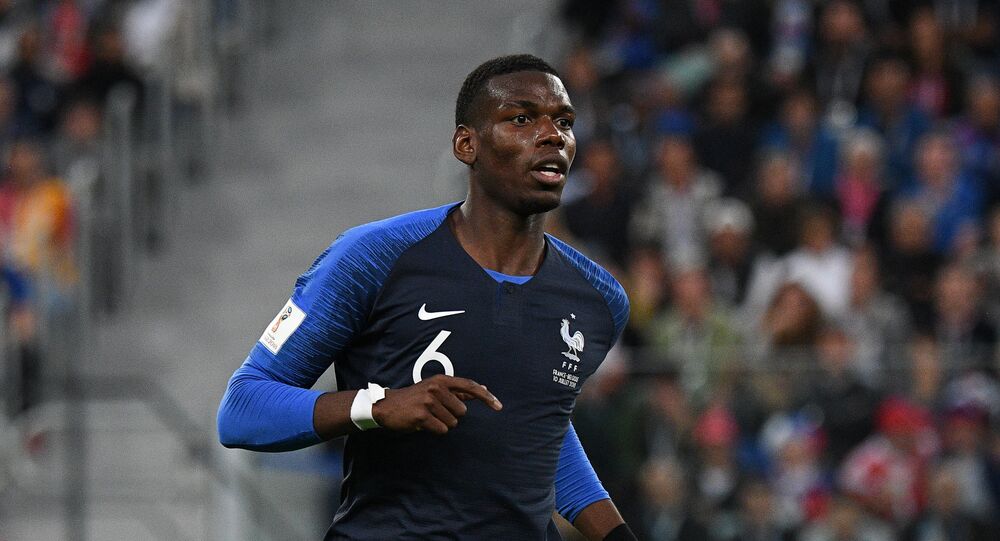 During the Euro 2020 match between France and Germany, it looked as though German defender Antonio Rudiger bit France’s midfielder Paul Pogba towards the end of the game's first half.

France’s midfielder Paul Pogba has spoken out on a controversial incident allegedly perpetrated by German defender Antonio Rudiger during France's Euro 2020 match against Germany yesterday which France won 1-0. Rudiger seemed to have been caught trying to bite Pogba when they were together off the ball, as the replay showed.

After the incident, the Manchester United footballer complained to Spanish referee Carlos del Cerro Grande, but the latter did not punish Rudiger. Video Assistant Referee (VAR) was not used to review the incident.

Pogba himself does not feel greatly frustrated about what happened on the pitch. After the game, he told reporters there was nothing “big” about the incident, adding that he and Rudiger are friends.

“I think you saw the television pictures - this is all over, this belongs to the past - I’m not crying for yellow or red cards because of such actions. He nibbled, I think, a little bit of me, but we’ve known each other for a long time,” the French midfielder said.

Speaking about whether the German defender should face some possible punishment, Pogba said he didn’t want Rudiger to be suspended because of the situation.

“At the end of the match we hugged each other and that’s it,” Pogba concluded.

Rudiger has also been able to shed light on the situation, insisting he did not bite Pogba: “I should not have put my mouth so close to his back, no doubt about it,” Rudiger said. “It looks unfortunate. Paul and I talked about it as friends after the final whistle.”

The match, held at the Allianz Arena in Munich, Germany, ended with a 1:0 score, as German defender Mats Hummels performed an "own goal" in the 20th minute. The win put France second in Group F behind Portugal, who defeated Hungary 3-0 with two record-setting goals from Cristiano Ronaldo. France will next play Hungary in Budapest, and Germany will face Portugal at the Allianz Arena in Munich.