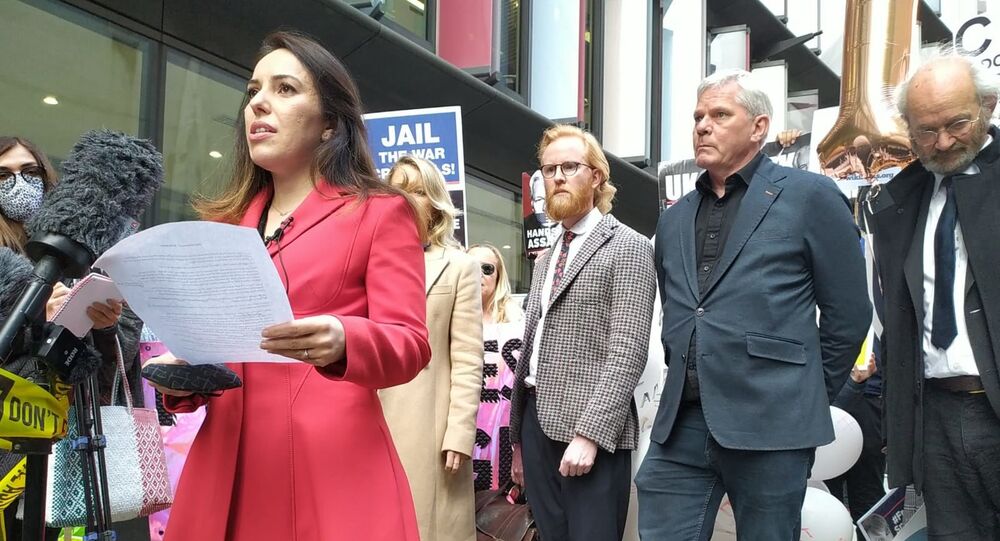 The WikiLeaks publisher remains in pre-trial decision at Belmarsh despite a judge's ruling that he is at too great a risk of suicide should he be extradited to the US to face charges of espionage related to his role in publishing national defence documents that exposed war crimes and other criminality in Iraq, Afghanistan and Guantanamo Bay.

Stella Morris, the fiancée of Julian Assange, has launched a Crowdfunder to pay for the legal costs of defending against the US government's appeal of the decision not to extradite the WikiLeaks founder.

On 4 January 2021, District Judge Vanessa Baraitser ruled that Assange should not be extradited to the US to face 18 counts of espionage-related charges. The judge's decision was heavily criticised for "casting a shadow over investigative journalism" because she ultimately accepted the legitimacy of the US government's arguments.

However, the judge did determine Assange has a "substantial" risk of suicide, due to the severity of the conditions that he would likely face in the US, namely solitary confinement both pre-and-post conviction.

"Undertaking the next step in the legal process and defending Julian in the High Court will be expensive", Morris writes, adding, "even though Julian’s legal team continues to work for low remuneration and have contributed much of their time pro bono, we cannot do it alone and we need your support".

​"The decision to indict him was a political act motivated by malice", Morris argues, explaining that her fiancé "exposed the killing of unarmed civilians and the torture of innocent people".

This is the second Crowdfunder that Morris, herself a lawyer, has initiated to assist with mounting legal costs.

Assange remains incarcerated in Belmarsh maximum-security prison where he has been for nearly two years, in pre-trial detention, as Judge Baraitser considered him to be of too great a 'flight risk' to release out on bail.

"Although the District Judge refused the extradition she nevertheless denied Julian bail. He is still being held in Belmarsh Prison, as an unconvicted prisoner, in appalling conditions", Morris says in her Crowdfunder.

© Photo : Mohamed Elmaazi
Judge's Decision in Assange Case 'Casts a Shadow Over Investigative Journalism', Critics Warn
During the substantive hearings, the court heard that juries in the Eastern District of Virginia, where Assange has been charged, are typically made up of members of the national security state, the weapons industry, the CIA, and the US military.

The court also heard that the US government considered Assange's lawyers "priority targets" for surveillance whilst he was protected as a political asylee, by the Ecuadorian embassy. The multi-award winning journalist is charged for his role in obtaining and publishing national defence documents which revealed, among other things, war crimes committed by US forces in Iraq, Afghanistan and Guantanamo Bay, Cuba. Cases brought under the Espionage Act in the eastern District of Virginia have a 100 percent conviction rate. Assange faces a maximum of 175 years in prison.