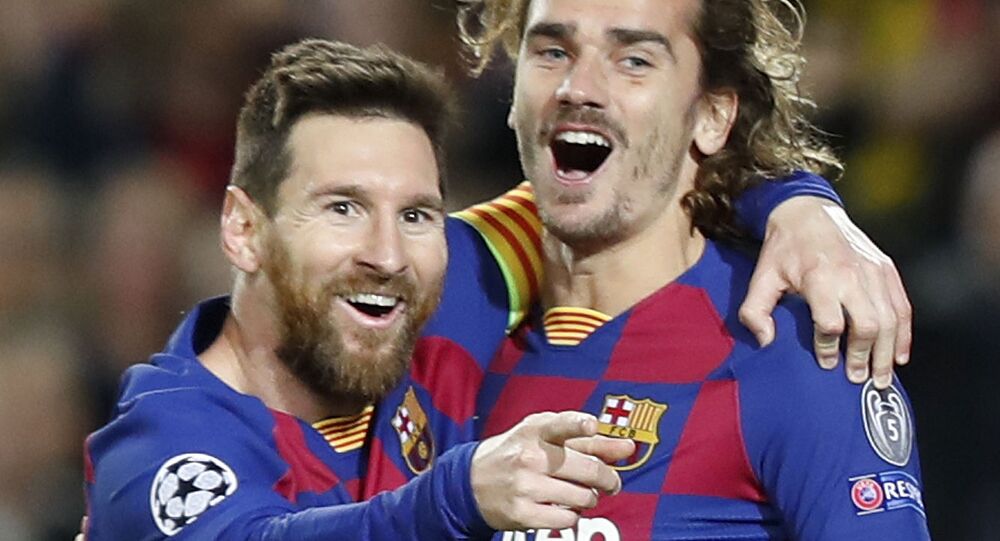 The Frenchman joined Barcelona in 2019 after leaving rivals Atletico Madrid. The Catalan giants shelled out more than $141 million for the striker, making it the fifth most expensive transfer in the history of football. At the time of the signing, reports said that Lionel Messi was opposed to the transfer.

Eric Olhats, former adviser to France star Antoine Griezmann, made harsh remarks about Barcelona and Lionel Messi while defending his protégé in an interview with Football.Fr. Sports pundits criticised Griezmann’s performance during Barca’s latest game against Real Betis. Although the club won the match 5-2, the victory didn’t come easy.

The Catalan giants had to play from behind and Griezmann squandered four chances to score a goal, including on a penalty. Barcelona took the lead only in the second half after Messi appeared on the pitch. The Argentinian initially helped Griezmann to score, before netting two goals himself.

However, Eric Olhats claims that his protégé’s lacklustre performance had nothing to with a lack of skill or effort, but with the atmosphere inside the club and Lionel Messi’s behaviour.

"It’s the club that’s sick, not him. Last year, when Antoine arrived, Messi didn’t talk to him, didn’t pass him the ball. He created a real trauma for a more than negative adaptation. That clearly left its mark. It was clear and visible. Add to that the president stepping down, the club conceding eight against Bayern and three different managers, the conditions aren’t good", Olhats said.

The scout noted that Messi gave the newcomer a cold shoulder and weighed in on the Argentinian's transfer saga, claiming that the 33-year-old never wanted to leave the club.

"He’s at the same time emperor and monarch, and he didn’t see Antoine’s arrival with a good eye. His attitude has been deplorable, he made him feel that. I’ve always heard Antoine say there’s no problem with Messi, but never the other way around. In my eyes, Messi said he wanted to leave to see what role he still had as a decision-making player, regarding the players who arrived and those who left, but he eventually stayed. Classic Messi! As good on the pitch as he is bad off it", Olhats said.

Reports in the Spanish press indicated that Messi was not happy when Barcelona decided to buy Griezmann for a whopping $141 million and wanted the club to re-sign former striker Neymar. The Frenchman’s first season at Camp Nou wasn’t as successful as his last season with Atletico Madrid. He scored 15 goals for Barca, during the 2018/2019 season for Los Colchoneros, he netted 21 goals.