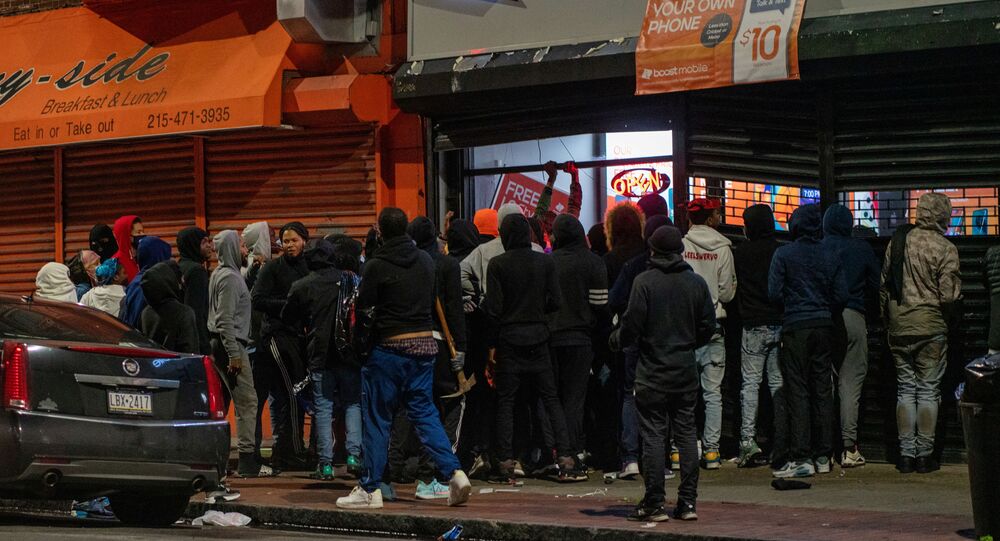 In June 2020, the Trump administration began deploying federal law enforcement forces to certain cities in the United States, including Portland, Kansas City and Seattle, in response to rioting and monument removals amid the George Floyd protests. The deployments have resulted in several lawsuits amid concerns over their constitutional basis.

The White House is monitoring the law and order situation  in Philadelphia following widespread riots sparked by the police shooting of a knife-wielding man on Monday, and is prepared to deploy federal troops if necessary, according to White House Communications Director Alyssa Farah on Fox and Friends.

Protests following the shooting became increasingly violent and led to widespread looting, arson, and violent clashes with law enforcement officers that left about 30 police injured and led to at least 33 arrests.

"President Trump will not tolerate any violence directed at America’s law enforcement,” Farah said. “And look, the actual case, we’re going to let the facts play out, let the investigation play out. But we will not tolerate lawlessness in our streets.”

​Asked if the White House would wait for Philadelphia Mayor Jim Kenney to call in the troops, Farah said, “I know this president has made clear before, whether it was in Seattle or Portland or others, we’re prepared to deploy federal law enforcement if necessary, so I’m sure those conversations are ongoing now,” she said.

Kenney has a promised a full investigation into the shooting but has not yet asked for federal troops to be deployed.

The killing of an African-American man, George Floyd by several white police officers in late May triggered nationwide protests against police brutality and racism, leading to the rise of the Black Lives Matter movement.