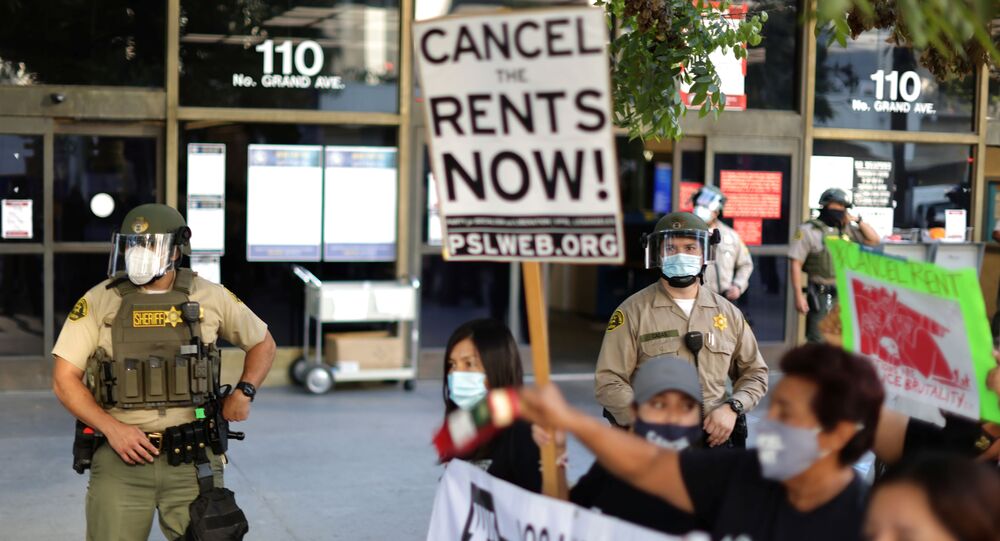 Some of the largest residential landlords in the United States have continued to evict thousands of tenants from their homes during the coronavirus pandemic despite federal eviction protections being put in place, according to NBC News.

The outlet claims that large corporate landlords have filed nearly 10,000 eviction actions in courts across five states even though the Centers for Disease Control and Prevention (CDC) has barred them from dislodging tenants who can’t pay rent because of the COVID-19 crisis.

Landlords are also free to challenge tenants' claims of harm from Covid-19, and there is no appeal process for tenants faced with such challenges.

Progress Residential has reportedly filed 97 eviction cases against tenants since the CDC announced its eviction rules in early September, while real estate services firm Ventron Management has filed 281, according to NBC.

Invitation Homes has filed another 122 eviction cases, according to the outlet, citing data from the Private Equity Stakeholder Project, a nonprofit that tracks the private equity industry.

CDC rules state that tenants can’t be physically removed from their homes before the end of the year, according to the New York Post, but they do allow landlords to begin eviction proceedings and landlords are not obliged to inform tenants about any protections that are available to them.

The Coronavirus Aid, Relief and Economic Security, or CARES, Act that Congress passed in March provided a temporary moratorium on evictions, but it was for a fraction of the nation’s tenants and some homeowners — applying to those in federally subsidized housing or in housing with federally-backed mortgages. But that temporary measure expired at the end of August.

When it initially announced its ban on evictions in September, the CDC said it was crucial to stopping the spread of the coronavirus. Many tenants, out of work because of Covid-19 shutdowns, are struggling to pay their rent and the CDC has estimated that up to 40 million people could lose their homes without eviction protections in place.