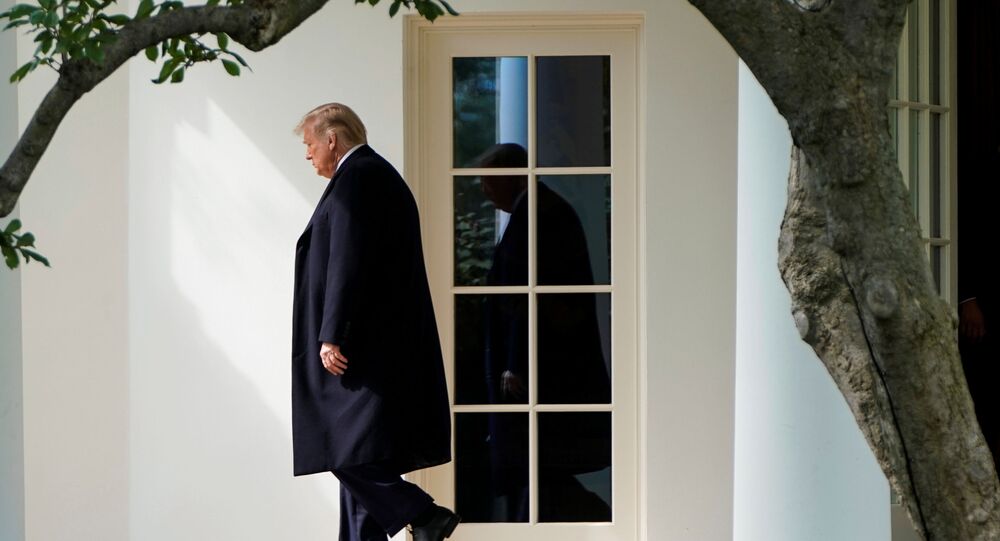 Trump is expected to quarantine for at least the next two weeks and it's likely that many of his duties will be handed over to Mike Pence during this time. But if Pence were to fall sick also, Congress could enact the 1947 Presidential Succession Act which places the Speaker of the House of Representatives next in the line of succession.

The White House confirmed Friday afternoon that US President Donald Trump is suffering “mild symptoms” of COVID-19, while adding that he was in good spirits and working in the family quarters.

Two Republicans in close contact with the White House told Vanity Fair that Trump’s symptoms have included a cough and fever while the first lady is said to be asymptomatic. “There are so many threads to pull. No one knows where this is going to go,” said a former West Wing official.

Earlier, the New York Times reported, citing two people familiar with his condition, that the president is suffering from cold-like symptoms and seemed "lethargic" while at a fundraiser on Thursday at his golf club in Bedminster, New Jersey.

Meanwhile all Trump campaign events are to be moved to a virtual format or temporarily postponed after the President's COVID-19 diagnosis.

If Trump could no longer continue with his duties, Vice President Mike Pence would serve as acting president.

Pence earlier Friday said that both he and his wife, Karen, are sending their "love and prayers" to Mr Trump and the First Lady. Pence and his wife have both since tested negative for the virus.

Both Donald Trump and the First Lady are "well at this time", Pence said, as he led a call on protecting America’s seniors on Friday afternoon.

"They will remain at the White House while they convalesce,” Pence added, according to audio of the call provided by CNN.

Trump's diagnosis raises questions about how far the virus has spread through the government. Many White House and senior administration officials were undergoing tests Friday, but the full scale of the outbreak around the president may not be known for some time as it can take days for an infection to be detectable.

Several commentators have raised concerns that the President's age, sex, weight and other health conditions could increase his chances of experiencing serious illness from the virus.

Even if Trump develops no further symptoms, his diagnosis will likely force him off the campaign trail just weeks before the election and casts doubt over his participation in the second presidential debate against Democratic presidential nominee Joe Biden, which is scheduled for October 15 in Miami. Biden has tested negative for the virus.

Trump's handling of the pandemic has been a major campaign issue. Biden spent much of the summer off the campaign trail and at his home in Delaware but has since resumed a more active campaign schedule. Trump has repeatedly criticised Biden's cautious attitude towards the virus.

“I don’t wear masks like him," Trump said of Biden during Tuesday night's presidential debate. “Every time you see him, he’s got a mask. He could be speaking 200 feet away from me, and he shows up with the biggest mask I’ve ever seen.”

Trump is expected to quarantine for at least the next two weeks and it's likely that many of his duties will be handed over to Mike Pence during this time. But if Pence were to fall sick also, Congress could enact the 1947 Presidential Succession Act which places the Speaker of the House of Representatives next in the line of succession.

The current House Speaker is Nancy Pelosi, a Democrat, meaning the White House would be under the control of a different party without an election.

A further update on the President's health is expected later today.