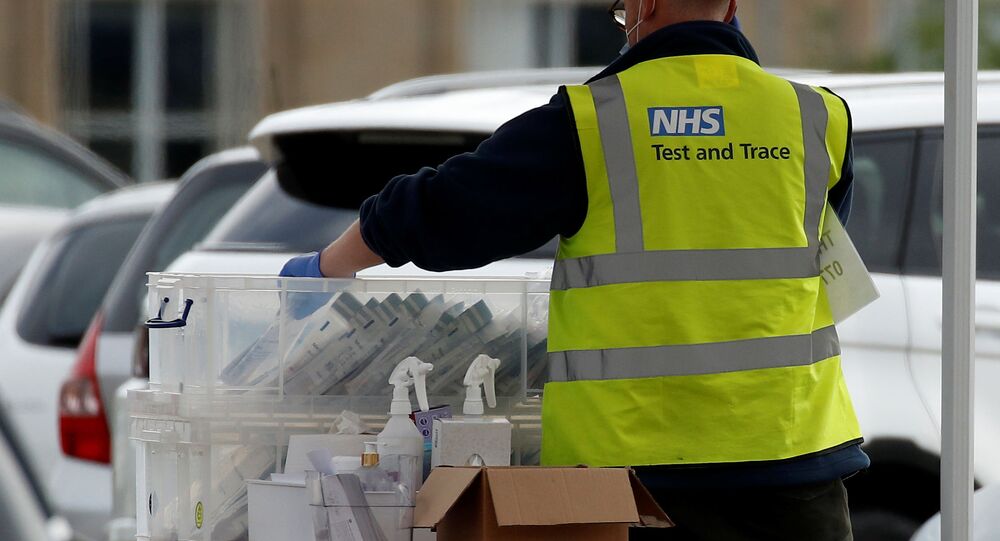 About 75,000 Covid-19 tests are not being used every day in Britain, according to data mentioned by Labour's Kier Starmer, who in a fiery exchange with the UK PM insisted that the blame laid firmly at the government's doors.

The leader of Labour Party, the opposition to the ruling Conservatives in the UK, blasted Boris Johnson during the Prime Minister's Questions on Wednesday, for failing to manage Covid-19 testing in Britain.

Keir Starmer referred to the director of track and trace, who said that lack of tests is a laboratory processing problem. He then asked Johnson whether there was a capacity problem, causing the unavailability of tests for the public.

The PM said there was a growing demand for test kits in the UK and added that testing capacity has risen impressively.

Starmer also mentioned the words of the UK Health Minister, Matt Hancock, who blamed people who are not eligible for testing but requesting it, for causing shortage of test kits. Starmer then asked whether the reason for a non-functioning testing regime was a lab problem or the UK public.

Johnson responded by praising the NHS for doing a “heroic job in spite the difficulties they face.” The NHS will be testing up to 500,000 tests a day by the end of October, according to the PM.

Starmer then blamed the government for lack of competence in the matter. To his direct on when the problem with the track and trace system and the testing system were going to be fixed, Johnson retorted:

“We are working flat out to address all the issues; we are taking tough decisions and making tough calls.”

The Labour leader pressed the PM on delivering a straight answer about the issues and solutions when it comes to the NHS track and trace problem.

Starmer’s criticism was reflected in the comments appearing on Twitter as the Prime Minister’s Questions progressed.

Another woeful, shambolic #PMQs performance by Prime Minister @BorisJohnson.
I wouldn't trust him to ice my ankle let alone guide us through this massive ongoing crisis.

Every #PMQs Boris Johnson looks more and more like Donald Trump with an Etonian accent. Full of mistruths, distraction and fundamentally incapable of doing his job competently. The United Kingdom deserves so much better than this.

At #PMQs @Keir_Starmer is pressing the PM on the ‘World Beating Test & Trace System’ which has run out of home testing kits and is sending families hundreds of miles to get tested.

The PM doesn’t like details, he can’t give an answer - it does nothing to reassure worried people.

​According to the current government guidelines, “if you have symptoms you can get a free test to check if you currently have coronavirus (COVID-19).”

“There’s also a test to check if you’ve had coronavirus before. It’s not widely available yet,” the government said.

Boris Johnson is expected to deliver a speech later Wednesday afternoon on the new anti-Covid-19 measures and restrictions by the government.