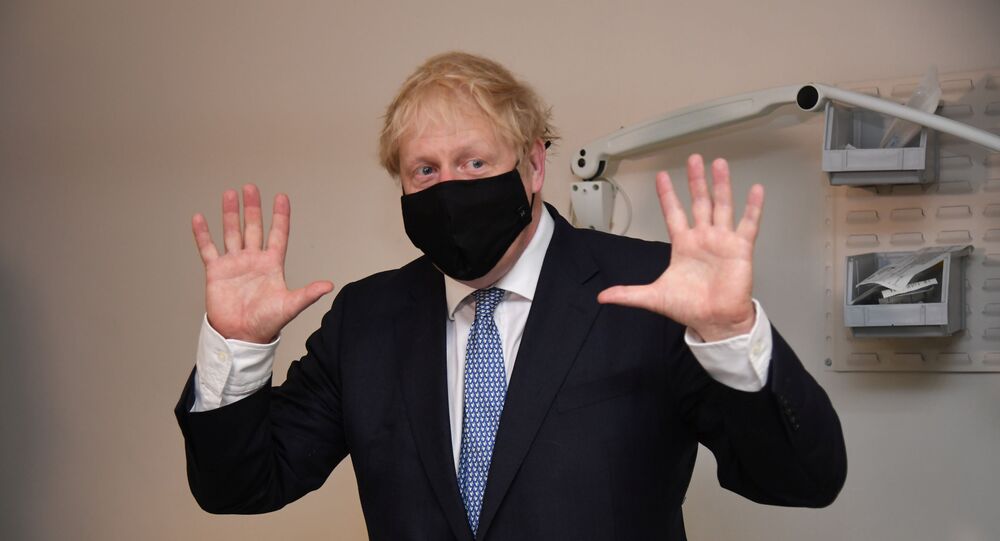 The salary of the lucky candidate is to be determined based on experience, says the job ad on the Conservative Party website.

The advertised position of spokesperson for the UK prime minister may prove very useful for Boris Johnson, as he has on numerous occasions failed to deliver clear messages to the press and the general public.

Among Johnson’s latest struggles during a press conference was the inability to pronounce the name of the drug Dexamethasone, hailed for helping with treatment of seriously ill patients, stricken by COVID-19.

Boris Johnson has made headlines on various occasions due to his gaffes, both at home and abroad. A professional communications expert is meant to “represent the government and the Prime Minister to an audience of millions on a daily basis, across the main broadcast channels and social media, and have the chance to influence and shape public opinion.”

The successful applicant is likely rapidly to become a household name when they start to answer questions at regular press conferences at 9 Downing St from October addressing what are expected to be large TV audiences on news channels, social media and YouTube.

​The role is demanding, and among the qualities of the ideal candidate is the ability to regularly give on-the-record televised briefings to the media and provide trusted media advice to the Prime Minister and his wider political team.‍

Applicants should enjoy working on camera and with political officials, as well as journalists. A “strong grasp of foreign and domestic policy issues” is also required.

© AP Photo / Markus Schreiber
Britain's Prime Minister Boris Johnson gestures as he speaks during a press conference on the third and final day of the G-7 summit in Biarritz, France Monday, Aug. 26, 2019

At a time when the government is facing numerous unprecedented challenges, such as the coronavirus pandemic and management of the Brexit process, “first rate news judgement under pressure” is an expected job requirement.

The leader of the opposition party, Labour’s Keir Starmer called the move “political.”

"Nobody can quarrel with greater transparency but this is political and one of the greatest things in our democracy is balance and hearing both sides.We are exploring, and keen to explore, just how the political balance is maintained if you move to this style of briefing. That’s the risk of it, that it unbalances the political discourse,” he said.

Even though the job ad avoids specifying the salary of the chosen candidate, the Daily Telegraph has suggested it is likely to be more than £100,000 a year.

Downing Street plans to hold afternoon briefings at No 9 on a daily basis, continuing the tradition of COVID-19 press conferences.