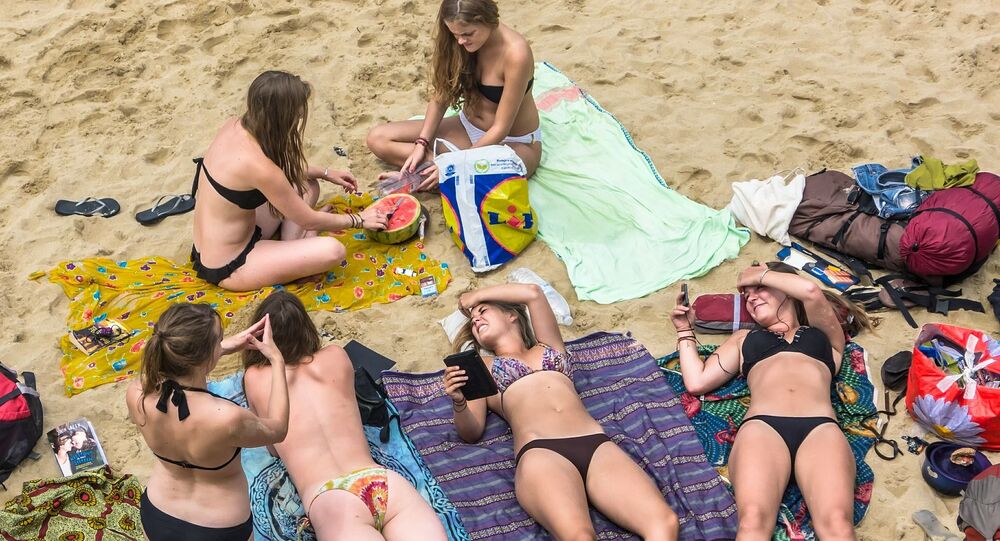 The number of people getting infected with coronavirus and the number of deaths caused by the pandemic are constantly updated by international organisations, including the European Centre for Disease Prevention and Control (ECDC).

Among the latest changes in UK guidelines, Spain has been excluded from Britain's “safe list” and upon coming back from Spain, UK residents must observe 14 days of quarantine.

The latest data from the ECDC shows the 14-day cumulative number of COVID-19 cases per 100,000 residents in Europe.

Britain’s rate is currently marked at 14.0.

Another figure published by the ECDC shows the 14-day cumulative number of COVID-19 deaths per 100 000 residents in the country.

​Considering the nations with the highest infection rate, according to ECDC, and comparing their numbers with the COVID-19 death rate, the following countries have the highest markers: Romania (69.4 and 1.6), Sweden (34.1 and 1.5), United Kingdom (14.0 and 1.4).

The high "infection risk” Luxembourg has the death rate of 0.3, while the “blacklisted” in the UK Spain and Portugal have 0.0 and 0.5 respectively.

The UK government assesses travel destinations for its citizens, guided by scientific data among other determinants, subsequently updating its travel advice via official channels.

Sparks of COVID-19 cases around the world and in particular Europe have created uncertainty for travellers, as they affect the rules and restrictions people have to follow before and after arrival.

Many European countries, whose economy heavily relies on tourism, have suffered from decreased influx of travellers this summer.

“The coronavirus outbreak has paralysed the tourism industry, leaving travellers scrambling to return home and devastating economies that are largely dependent on tourism,” the European Parliament has reported.

© Photo : Pixabay
Woman relaxes on the beach in Matalascañas, Spain

According to EP, the “EU tourism industry, which employs around 13 million people, is estimated to be losing around €1 billion in revenue per month as a result of the outbreak of COVID-19.”

Reacting to the UK imposing travel restrictions in relation to Spain, the Spanish Prime Minister Pedro Sanchez called London’s decision “unbalanced,” adding that tourists would be safer from the virus in most parts of Spain than in the UK.

The World Health Organization, however, said that “travel bans to affected areas or denial of entry to passengers coming from affected areas are usually not effective in preventing the importation of cases but may have a significant economic and social impact.”