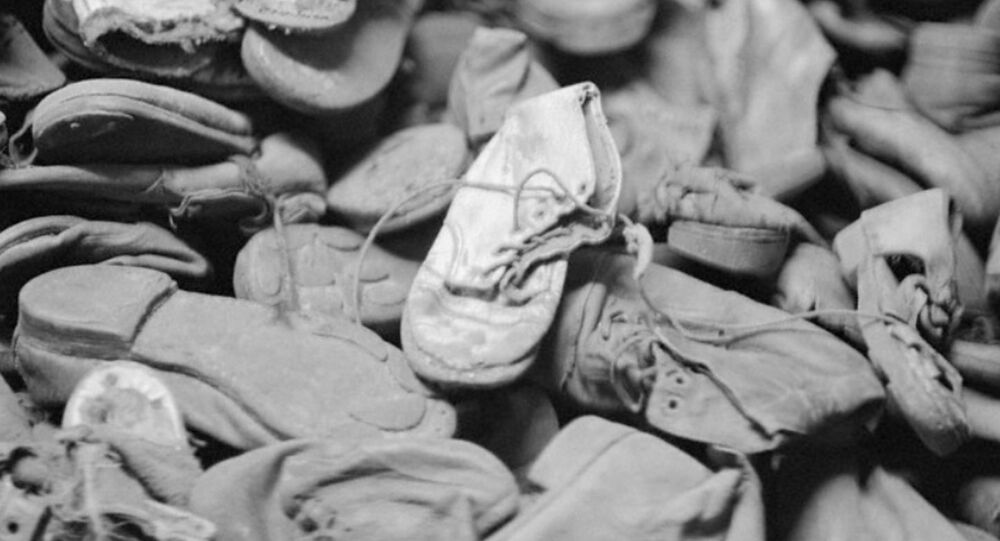 Personally written epitaphs have been discovered inside the shoes of children who were sent to Auschwitz, the Nazi death camp in German-occupied Poland during World War II.

According to The Times of Israel, these discoveries were made by museum employees during the course of their efforts to preserve a substantial amount of shoes on display at the Auschwitz-Birkenau State Museum in Poland.

In addition to the new discovery, many other historical artifacts have also been found in the process, including letters, newspaper fragments, and banknotes, many of which were used as lining or padding inside the shoes.

Museum officials hope that through additional and more detailed research, they will find out more information about each individual who died at the camp.

The Times of Israel
One of the documents found in the shoes belonging to victims of Auschwitz camp, July 2020. (Auschwitz-Birkenau State Museum via JTA)

The museum staff says that one pair of shoes belonged to Amos Steinberg, who was born in 1938 in Prague and was one of many European Jews killed between 1941 and 1945 by the Nazis. Steinberg was imprisoned in the Theresienstadt ghetto along with his parents in 1942 before he was taken to Auschwitz.

“We can guess that it was most likely his mother who made sure that her child’s shoe was signed,” Hanna Kubik of the museum’s collections department said in a statement Tuesday while announcing their findings.

“The father was deported in another transport. We know that on October 10, 1944, he was transferred from Auschwitz to the Dachau camp. He was liberated in the Kaufering sub-camp.”

In another shoe, employees found documents in Hungarian with several names such as Ackermann, Brávermann and Beinhorn.

“These people were probably deported to Auschwitz in the spring or summer of 1944 during the extermination of Hungarian Jews,” Kubik said. “I hope that more detailed research will reveal details about each individual.”

About 230,000 children are estimated to have been imprisoned in Auschwitz, with the vast majority of them being murdered in the camp, noted The Times of Israel.