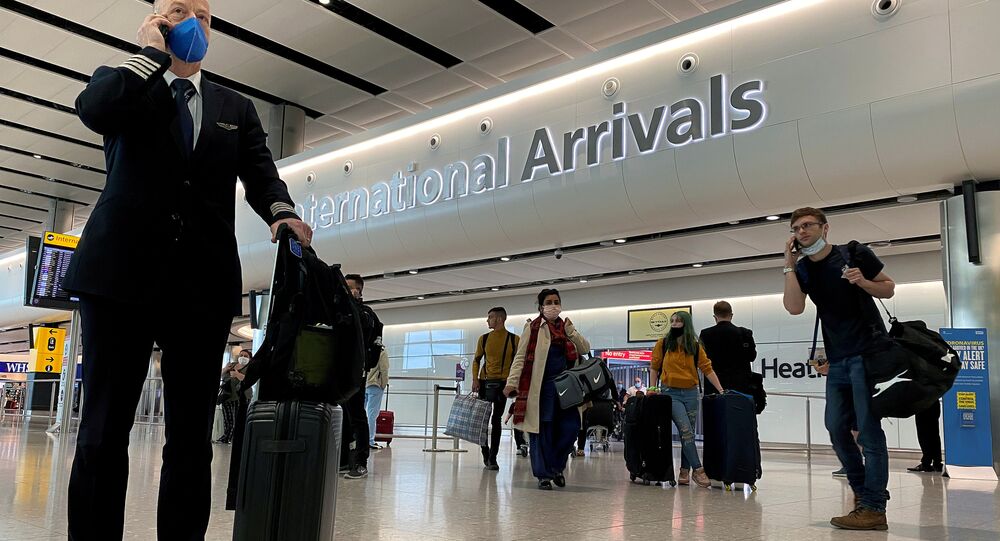 Priti Patel, Britain's Home Secretary, announced the government's latest immigration rule changes, which will come into effect next year. Patel has come under fire from those who want the rules to be stricter as well as those who say they remain too stringent.

There is little evidence to suggest that Britain's immigration rules will be "meaningfully different" from those currently in effect "come January [2021]", Adam William, a partner at the corporate and commercial law firm DMH Stallard, told Sputnik.

Priti Patel, the UK's Home Secretary, announced on 13 July that the UK would now be open "for business" and "global talent" with a new points based immigration system, which will come into effect after the Brexit transition period is completed. This new system will officially spell the end of free movement of people from other EU member states once it is implemented next year. Mr William recognised that there was "some welcome news" for employers, with workers who transfer to the UK via an Intra-Company Transfer visa no longer having to leave the country if they want to switch to the Skilled Worker Visa.

However, the overall system will continue to be lengthy and burdensome for workers and employers alike, Mr William said.

"The promises of a more streamlined and user friendly sponsorship system than the current one seems a long way off", he lamented. As long as businesses continue to have to advertise a position for four weeks and must use a limited number of sponsorship certificates, in order to hire non-residents, Mr William thinks most businesses in Britain will have little to celebrate. He described the situation as a whole as a "shame" because of the difficulties that firms will continue to have in navigating the immigration rules and the system as a whole.

"The pithily titled "Skilled Worker" visa (that will replace the current Tier 2 work visa) will get a newly announced "Health and Care" sub-category. Those who qualify are promised reduced application fees (still to be confirmed), fast-track processing, and support with applications", Mr Williams said. However, he pointed out that "the annex to the document indicates that only limited number of roles in health and social care will be eligible, and notably... roles like "care assistant", "care worker" and "support worker (nursing home)" wouldn't qualify".

Migration Watch UK, which advocates for stricter border controls and reducing immigration, characterised the new rules as a throwback to the era of New Labour Prime Ministers Tony Blair and Gordon Brown. "The government has been pushed into the flawed system that was proposed before Covid-19 struck", the organisation's chairman Alp Mehmet complained. "They are ploughing ahead as if the last four months hasn’t happened, overlooking entirely the rapidly increasing unemployment", he added.