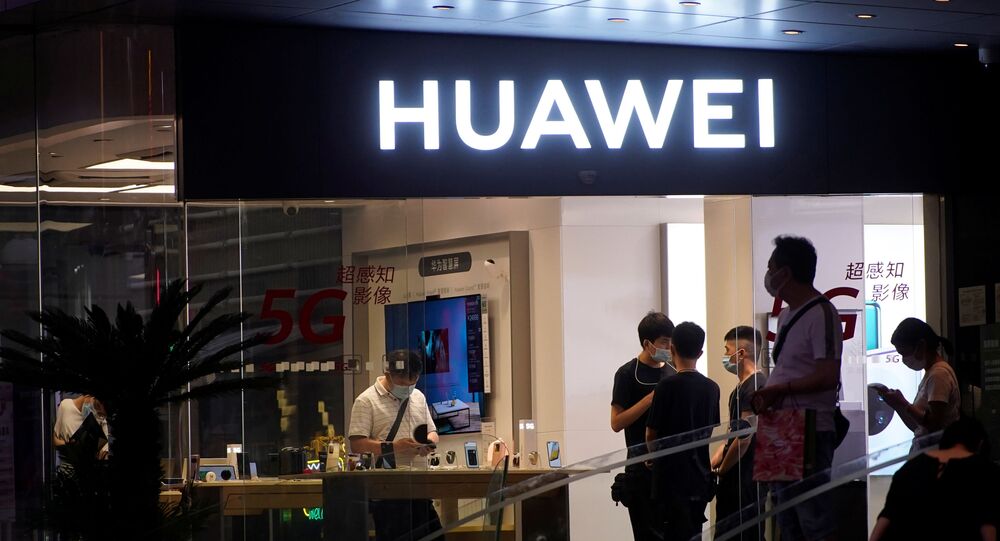 Apple came third at 13 percent, with Oppo, Xiaomi and Vivo following in the list. The massive boost in sales potentially resulted from China's rapid recovery from the ongoing COVID-19 pandemic, according to reports.

Huawei Technologies has overtaken Samsung Electronics as the world's top smartphone maker in April and May, data from Counterpoint Research revealed on Tuesday,

Huawei and Samsung topped smartphone sales at 19.7 and 19.6, respectively. The Chinese tech giant took 21.4 percent of the global market in April, surpassing Samsung for the first time in history, with the latter earning 19.1 percent.

© AP Photo / Mark Schiefelbein
Huawei's 30-Year Track Record Shows Firm Safety Priority to UK 5G Networks, 2025 Gigabit Pledge, VP Says
The news comes as Boston Consulting Group (BCG) named Huawei the 6th out of the worlds 50 most innovative company in 2020, with the Chinese firm scoring its highest position in history after skyrocketing 42 places on the index, or the largest gain by any firm.

“Huawei has been investing heavily in innovation since decades now. Although we anticipated that we will improve our ranking in the Top 50 of the prestigious BCG list, we are absolutely elated to have claimed the 6th spot in the global ranking", a Huawei spokesperson said in a statement.

The Chinese tech giant invests 10 percent of its annual revenues into research and development (R&D), totalling 131,7m RMB ($18.6m) or 15.3 percent of total revenue, as well as $4bn USD over the past decade, according to figures.

The news comes after the Shenzhen-based firm surged investment in domestic semiconductor production and software amid US president Donald Trump's trade war with China, namely after the latter extended a trade ban on Chinese tech firms such as Huawei, ZTE and over 70 others, with new rules set to enter force in September this year.

Federal Communications Commission (FCC) chair Ajit Pai also announced Huawei and ZTE as national security threats to the US on Tuesday. Pai accused the two Chinese firms of having "close ties to the Chinese Communist Party and China's military apparatus" and potentially exploiting US networks and infrastructure, without providing further evidence or details.

The United States government has regularly accused Huawei and other Chinese tech firms of using their technologies to spy for Beijing, which the latter and Huawei have slammed as false while demanding Washington to show evidence.

To date, no evidence to back Washington's claims has been provided to Huawei or the Chinese government.