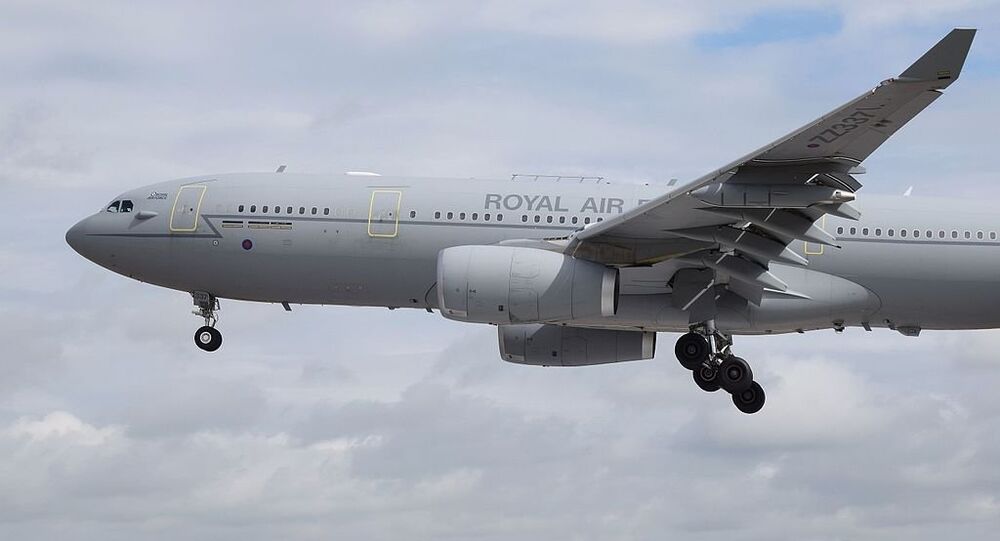 Reports of an RAF Voyager transport plane getting a makeover, which will turn see it sport a combination of red, white and blue, have stirred emotions of the British public.

Boris Johnson’s team believe a new look will allow the plane to better represent the PM at the world stage "with national branding while also retaining its military air-to-air refueling capability."

Repainting the aircraft will cost around £900,000, which "incorporates the cost of design to promote the UK around the world without compromising the plane’s vital military role".

It is unclear how moving away from the grey camouflage colour of the RAF Voyager to a brighter palette won’t comprise the plane’s military role.

Twitter filled with questions about the sensibility of the decision, given the uneasy times due to the Covid-19 pandemic and a myriad of other issues requiring government’s financial attention.

It can no longer be used for Military purposes when it is a giant🇬🇧. If it needs a re-paint it should be painted in the same way it is now, so it can continue to serve a function as a military plane funded by the tax payer. Maybe it will 350 million for NHS on the side?

He lives on another planet, that's why the UK is in such a catastrophic mess! Please can this jet take him back to his other planet, so he can leave us all alone!

Boris Johnson had to be forced, kicking and screaming, to put up funding to make sure kids have enough food to eat.

Yet, he's just committed almost £1m of our tax money on *painting a f*cking plane*.

It doesn't take a genius to see where the Tories' priorities lie. Not with us. https://t.co/WuuDmiyYwc

Great news that Boris Johnson is spending £900k of taxpayers' money to paint his official plane in Union flag colours. I can’t think of anything more important for the Prime Minister to be spending our cash on in these happy prosperous times. 👏👏

Johnson has been previously reported to ask why his plane was grey. "Boris doesn't like it being grey. He is getting it painted up," a source reportedly said.

The aircraft, used by Johnson’s predecessors David Cameron and Theresa May to travel to summits and conferences, is said to be Cambridge for pre-planned works.