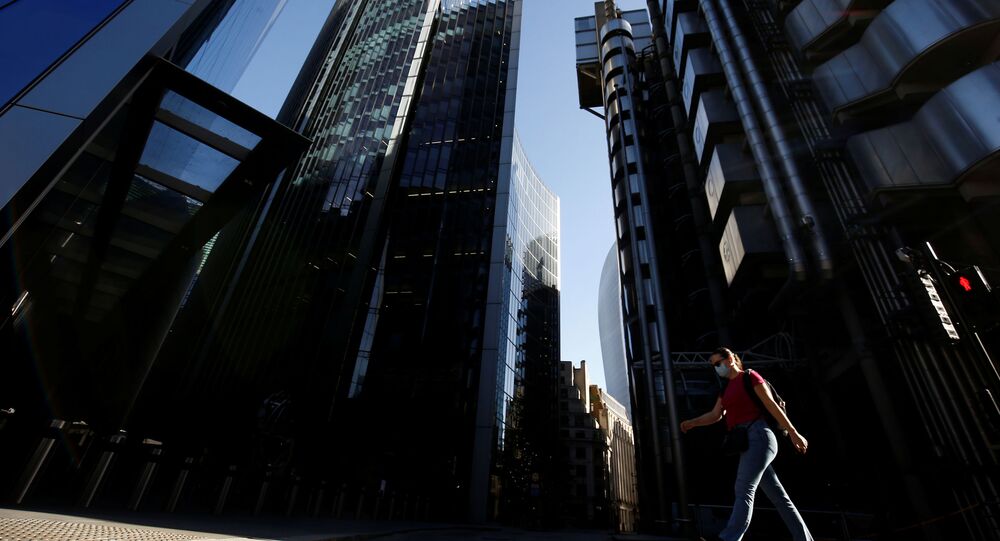 The suffering of the service-based British economy will continue into the year, as hospitality, trade and real estate get severely affected by confinement measures in the aftermath of the pandemic-triggered lockdown.

Compared to its developed world counterparts, the UK is said to suffer the worst economic hit, according to a fresh report by the Organisation for Economic Cooperation and Development (OECD) that measured Covid-19 impact on world economies.

The OECD discussed two scenarios of further pandemic development and the impact on economies globally: “one in which a second wave of infections, with renewed lock-downs, hits before the end of 2020, and one in which another major outbreak is avoided.”

Whether the UK will avoid a second wave or not, it is said to suffer a major hit to its GDP and employment levels.

"GDP is projected to fall by 14% in 2020 if there is a second  virus  outbreak  later  in  the  year(the double-hit scenario).  An equally likely single-hit scenario would still see GDP fall sharply by 11.5%. In the double-hit scenario, the unemployment rate is set to more than double to 10% and remain elevated throughout 2021, despite widespread use of furloughing. Measures to limit the effects of the crisis in that scenario would push the fiscal deficit up to at least 14% of GDP in 2020," the report projected.

These numbers compare unfavourably with UK’s European neighbours, such as Germany, whose decline in national income (GDP) will be 6.6% in 2020, according to the OECD. The report also says that Spain’s GDP will fall by 11.1%, Italy’s by 11.3 and France’s by 11.4%.

In a single-hit scenario, the GDP of the US will contract by 7.3% in 2020, while Sweden, where confinement measures have been relatively relaxed in comparison to the UK, will see a drop of 6.7%.

"Extraordinary policies will be needed to walk the tightrope towards recovery. Restarting economic activity while avoiding a second outbreak requires flexible and agile policy-making."

​She also warned that in order to build a fairer economy, the governments will have to see the opportunity in this crisis and seize it to make competition and regulation smarter, as well as modernise taxes, government spending and social protection.

"Higher public debt cannot be avoided, but debt-financed spending should be well-targeted to support the most vulnerable and provide the investment needed for a transition to a more resilient and sustainable economy," Boone said.

The UK introduced lockdown measures later than most of its neighbours – on 23 March. The UK government plans for non-essential shops to reopen on 15 June, while the hospitality and entertainment industries are set to go back to business in July.