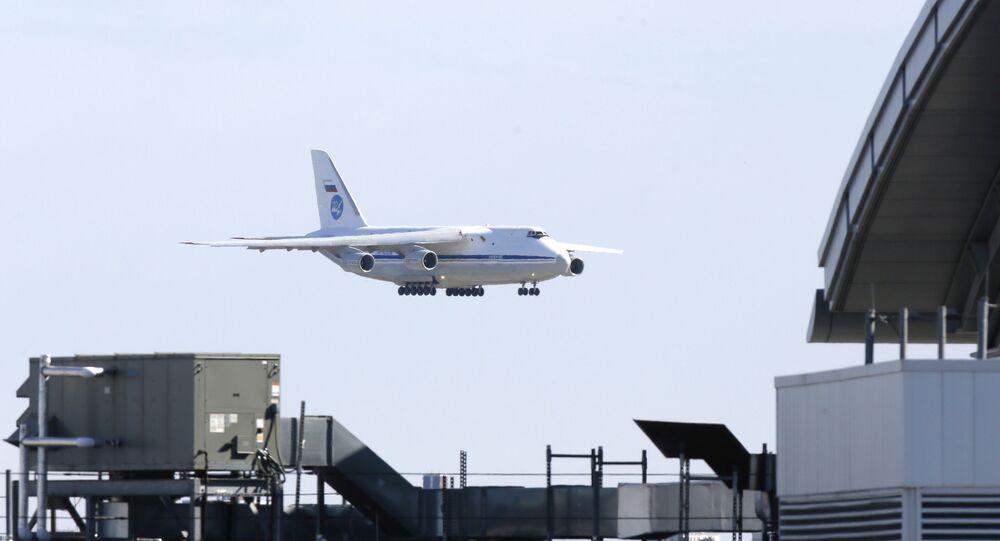 The fund footed half of the bill for the medical cargo recently sent to the United States, which is now the country with the highest national coronavirus tally in the world.

The Russian Direct Investment Fund (RDIF) has delivered the Russian-Japanese COVID-19 diagnostics system to the US, RDIF CEO Kirill Dmitriev has said in an interview with CNN.

The system, developed by RDIF and Japan's Mirai Genomics, can be used at static and portable laboratories, with express diagnostics provided within up to 30 minutes.

Dmitriev said he saw this as an important gesture, manifesting Russia's desire to support the US in the face of the pandemic. He praised the diagnostics system as one of the best in the world, adding that 20 patients per hour can be tested for the coronavirus.

The RDIF CEO also called for global cooperation to defeat the coronavirus.

On Wednesday, an An-124 Ruslan military cargo aircraft arrived in New York. According to Russian Ambassador to the US Anatoly Antonov, the plane carried medical equipment, such as masks, disinfectants, etc. Antonov expressed confidence that Washington would do the same for Russia if necessary.

The aid delivery was in follow-up to the phone conversation between US President Donald Trump and Russian President Vladimir Putin on Monday. Trump later commented, "It was a very nice gesture. It was a large plane of very high-quality medical supplies. And I said 'I'll take it'", adding that the equipment could save a lot of lives in the US.

So far, the US has registered over 266,000 cases of COVID-19, the death toll has exceeded 6,900, according to the Johns Hopkins University count.