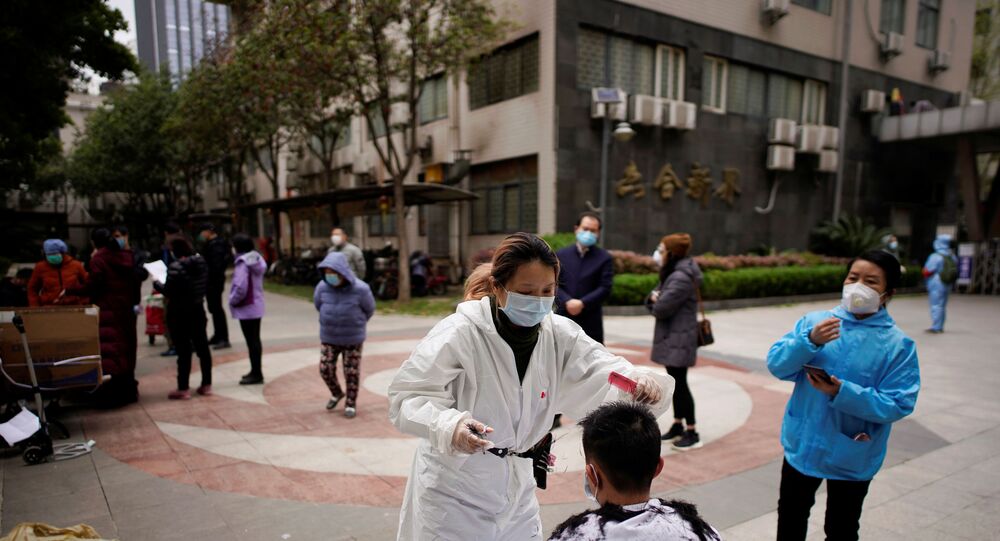 US and Chinese officials began hurling accusations at one another over the genesis of the new coronavirus last month, with Western media and some officials now accusing the People’s Republic of attempting to “cover up” the pandemic. China has rejected the suggestion, accusing the US and its allies of spouting “utter nonsense.”

China has attempted to hide the seriousness of the COVID-19 outbreak, and underreported both total cases and deaths, a classified US intelligence briefing delivered to the White House has concluded, three US officials speaking to Bloomberg have said.

The anonymous officials provided no specific details regarding the report’s contents, nor its authors, but said that the secret intelligence-based briefing’s main point was that China deliberately downplayed the severity of the pandemic, and claimed that the numbers put out by Beijing on its COVID-19 infection rates were faked.

The White House has not commented on the report, and Chinese officials have yet to respond to the Bloomberg story.

On Tuesday, State Department immunologist Deborah Birx suggested that alleged underreporting by China may have caused a mistaken perception of the threat posed by the virus, and subsequent complications when it reached other countries. “Because I think probably we were missing a significant amount of the data, now that what we see happened to Italy and see what happened to Spain,” she said.

Also on Tuesday, Florida Senator Rick Scott, a key Trump ally, called on lawmakers to investigate whether the World Health Organization willfully helped China “cover up information regarding the threat of the Coronavirus,” and accused the agency of “parroting propaganda from the Chinese Communist Party.”

© REUTERS / Tom Brenner
U.S. President Donald Trump listens stands in front of a chart labeled “Goals of Community Mitigation” showing projected deaths in the United States after exposure to coronavirus as 1,500,000 - 2,200,000 without any intervention and a projected 100,000 - 240,000 deaths with intervention taken to curtail the spread of the virus during the daily coronavirus response briefing at the White House in Washington, U.S., March 31, 2020

Western media began what seems like a concerted effort accusing China of COVID-19 underreporting this week, with multiple outlets citing data on cremations and the production of cremation urns which they suggest indicate a higher-than reported death rate.

Chinese media have rejected these reports, accusing the US and other Western countries of trying to smear and scapegoat China amid their own comparatively lackluster responses to the pandemic. On Monday, the Global Times, a daily under the auspices of the Chinese Communist Party’s People’s Daily newspaper, suggested that China should expect further informational “attacks” in the months to come, but should ignore them and “continue its prevention efforts and strengthen cooperation with other countries to cope with the pandemic.”

The ‘Chinese COVID-19 underreporting’ narrative is the latest shot across the bow in the back and forth claims by US and Chinese officials regarding COVID-19’s origins as the pandemic continues to rage worldwide, claiming tens of thousands of lives and wreaking havoc on the global economy. President Trump has previously repeatedly called coronavirus “the Chinese virus,” while Chinese foreign ministry spokesman Zhao Lijian has floated the (as yet unsubstantiated) theory that the US military may have “brought the epidemic to Wuhan.” Iranian officials have similarly suggested that the pandemic may have constituted a “biological attack,” but have not yet backed up the claims with concrete evidence.