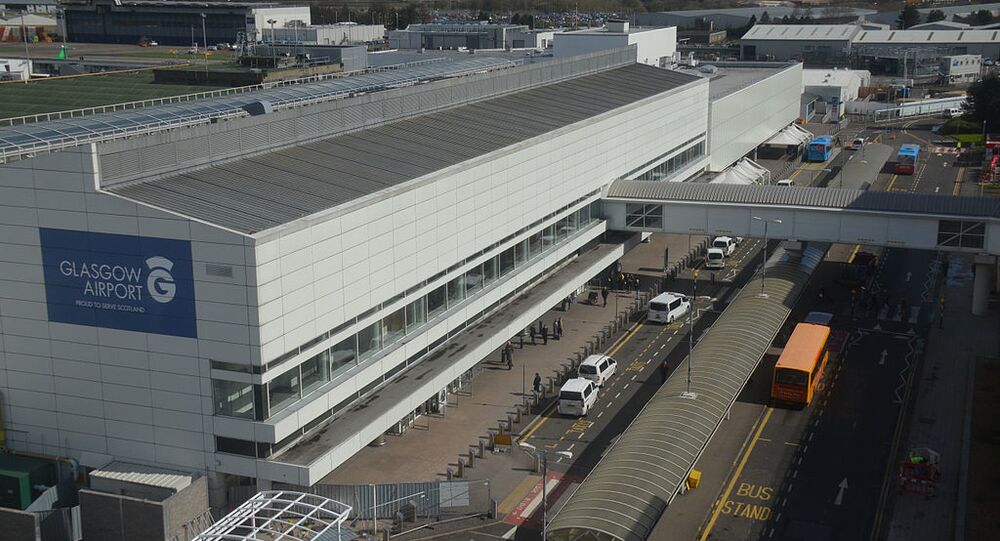 A KLM Royal Dutch Airlines flight arriving from Amsterdam at around 10 a.m. (9 a.m. GMT) has been cordoned off "in response to concerns raised over a piece of cargo", the Glasgow live website reported, citing an airport statement.

"At 13:25 (12:25 GMT) the package was declared safe by emergency services”, the airport statement said, adding that the incident "was stood down".

According to reports quoting the traffic police, the M8 exit slip road leading to the transport hub has also been closed off.

"Enquiries are ongoing to determine the content of the package", a spokesman for the airport said earlier in the day.

"Enquiries are ongoing to determine the content of the package and the aircraft has been cordoned off pending the outcome of the investigation. All other parts of the airport are fully operational.” 2/2 pic.twitter.com/R4UnVIUhju

Police, fire and rescue services, as well as ambulances promptly arrived at the scene.