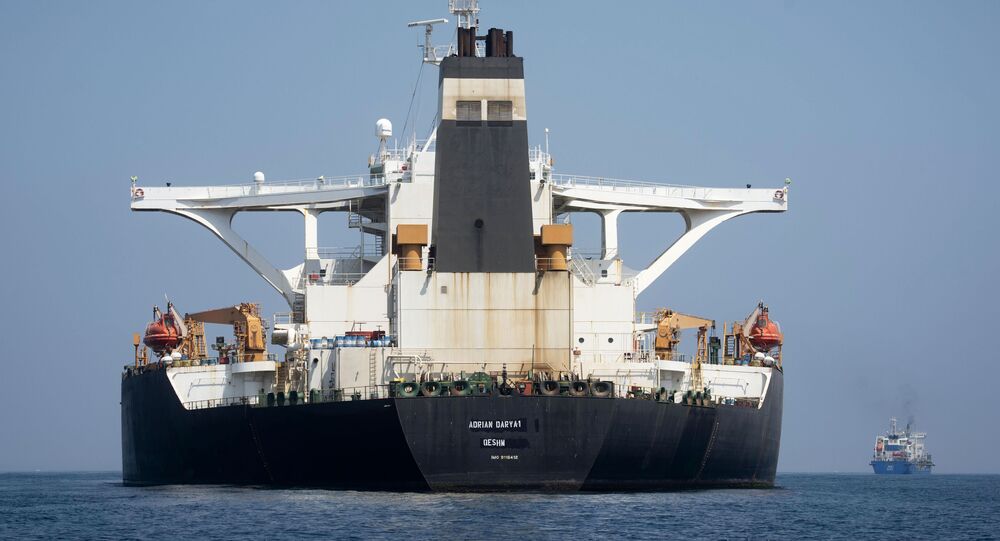 Earlier, the Iranian tanker Adrian Darya, formerly known as the Grace 1, set course for international waters after being released from detention on 15 August in Gibraltar's waters.

According to the Iranian Labour News Agency (ILNA), the Adrian Darya 1 supertanker is currently leased to Iranian Shipping Company.

"It is worth noting that the Grace 1 vessel, renamed Adrian Darya after the seizure, is a Korean-made oil tanker owned by Russia which is currently leased to Iranian Shipping Company," ILNA said, without citing a source.

On Friday, the United States issued a warrant to seize Grace 1 while the tanker was still in Gibraltar's waters in order to confiscate all its cargo and $995,000 for alleged sanctions violations.

Gibraltar rejected Washington's request, citing the different stances on sanctions against Iran held by the EU and US.

Iran-flagged Adrian Darya 1, former known as Grace 1, was impounded in July on suspicion of carrying oil to Syria in breach of the EU sanctions. Iran said on Sunday that Grace 1 had set out into international waters after its release from Gibraltar by the UK authorities.

In turn, two weeks later, the Iranian Islamic Revolutionary Guard Corps seized the UK-flagged Stena Impero oil tanker in the Strait of Hormuz due to an alleged violation of international maritime regulations.