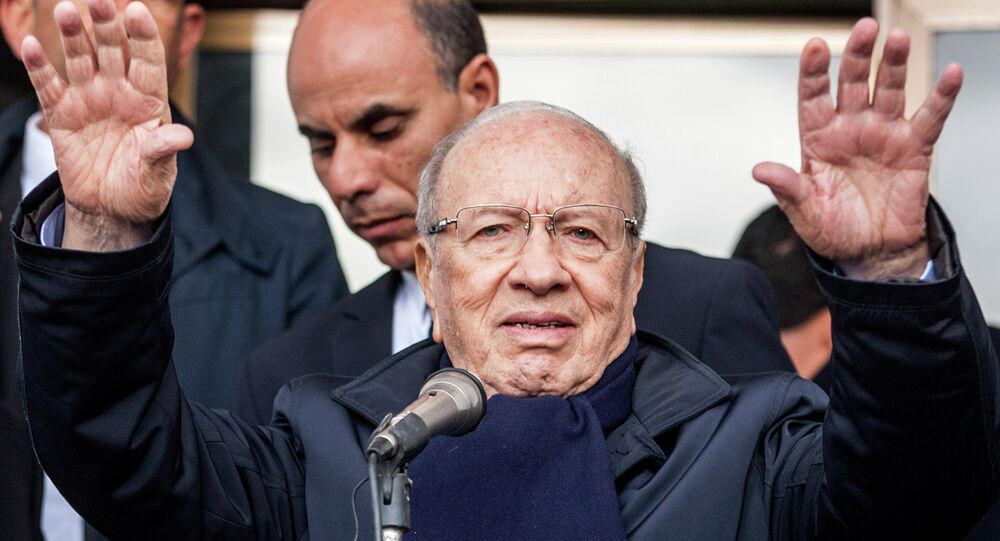 The 92-year-old president has been in power since 2014. He is the third-oldest current head of state in the world. Previously this year, he hinted that he would step aside to pave the way for a younger leader despite calls for him to seek a second term in office.

Tunisian President Beji Caid Essebsi has been rushed to a military hospital on Thursday after suffering a "severe health crisis", the president's office reported on Thursday. According to Essebsi's adviser, the president's condition is very critical but he is alive.

In April, the Tunisian president announced that he does not intend to seek a second term in the upcoming vote scheduled for November.

The head of state expressed his belief that the nation 'deserved change'.

Essebsi added that there is no shortage of qualified men in the country, adding that it is “necessary to clear the way for the youth.”

Mohamed Beji Caid Essebsi was born on 29 November 1926. He became Tunisian president in 2014, after the first presidential elections following the so-called Jasmine Revolution that led to the ousting of longtime president Zine El Abidine Ben Ali.