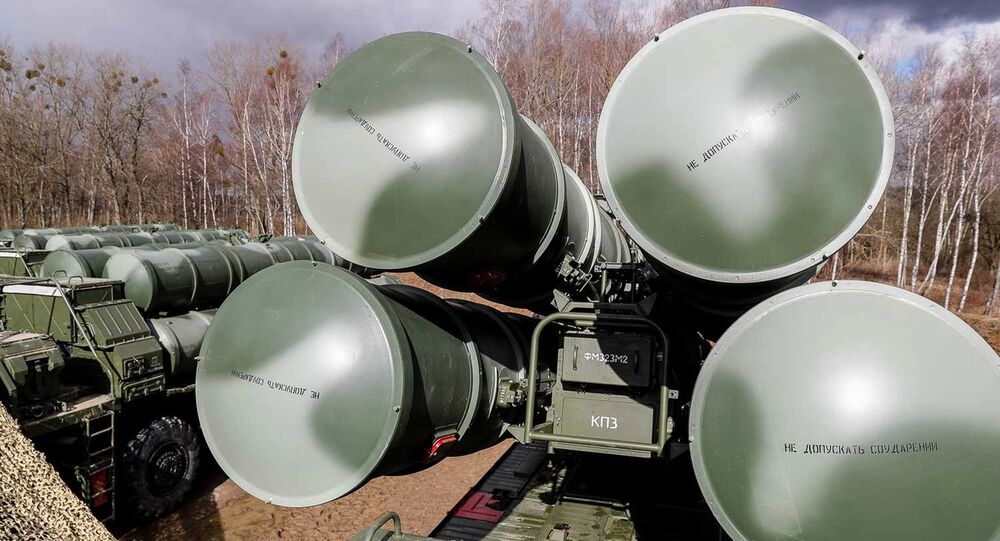 India inked a $5.43 billion deal to purchase Russia's S-400 air defence missile systems last October, and recently promised to move forward with the deal despite the threat of US sanctions.

The US State Department has given India an indirect warning that its purchase of Russian-made air defence systems could compromise further arms deals between New Delhi and Washington.

Speaking in Washington on Thursday, principal assistant secretary of state for South and Central Asia Alice Wells said a 'strategic choice' has to be made by countries including India regarding which weapons systems they choose to buy.

"What causes concern with the S-400 is that it effectively could limit India's ability to increase our own interoperability. That at a certain point a strategic point has to be made about partnerships and a strategic choice about what weapon systems and platforms a country is going to adopt," Wells said, speaking at a House Foreign Affairs Committee briefing.

The warning follows a statement by the Indian Foreign Ministry last week indicating that New Delhi had no plans to scrap its S-400 deal with Moscow despite the threat of US sanctions.

The sanctions legislation, known as the 'Countering America's Adversaries Through Sanctions Act', was signed into law in 2017, and gives Washington the right to impose sanctions on any country that buys Russian-made defence hardware. The US used of the legislation last September, slapping sanctions on China's defence ministry over its purchase of Russian aircraft and S-400 systems, but has yet to implement it against India.

New Delhi has been a major buyer of Russian military equipment for decades, with Russian-sourced arms accounting for up to a quarter of its total foreign purchases in recent years.

Washington has already threatened to kick Ankara out of the F-35 fighter jet program if it moves ahead with deliveries of its S-400s next month. Last week, a US State Department official told Indian media that the US may try to persuade New Delhi to abandon its S-400 deal in exchange for the F-35 fighters, as well as unnamed US "analogues" to the Russian air defence system.

On Thursday, Indian media reported, citing defence officials, that Delhi was seeking the immediate purchase of hundreds of millions of dollars' worth of new Russian arms, including short and medium-range air-to-air missiles, launchers and other equipment.

Russian President Vladimir Putin and Indian Prime Minister Narendra Modi met in Bishkek, Kyrgyzstan on Thursday on the sidelines of the Shanghai Cooperation Organisation Summit, reportedly discussing all aspects of bilateral relations between the two countries. Modi said the meeting "was excellent," and asked Putin to speak with him again later this month at the upcoming G20 meeting in Osaka, Japan.

The meeting with President Putin was excellent. We had wide-ranging discussions on ways to further boost the India-Russia strategic relationship.

We look forward to increased trade and people-to-people linkages with Russia. @KremlinRussia_E pic.twitter.com/shj4hEbtht