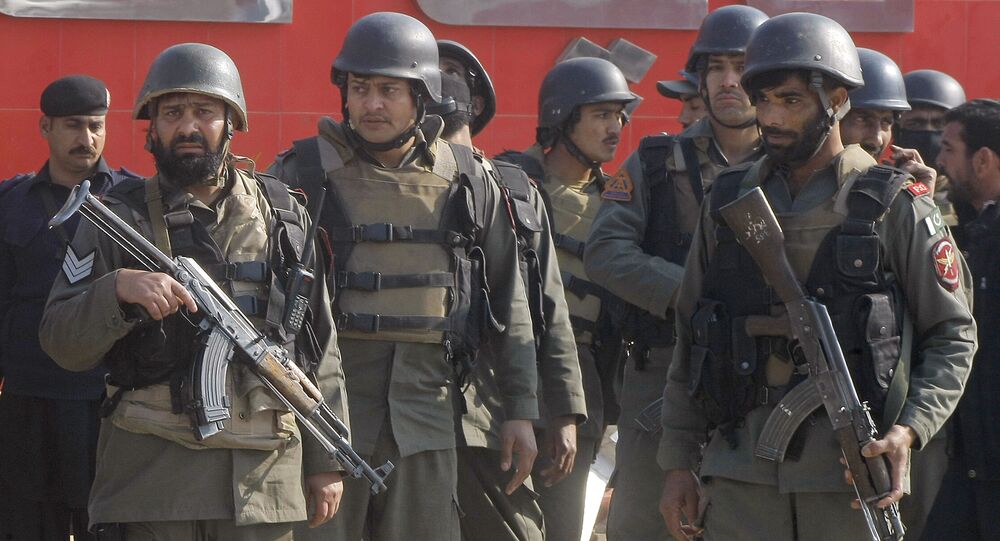 New Delhi (Sputnik): The crackdown comes in the backdrop of crucial Plenary and Working Group meetings of the Financial Action Task Force (FATF) — the global watchdog on anti-money laundering and combating financing terror networks — scheduled to be held in the US city of Orlando between 16-21 June.

Pakistan has shut down over a dozen terror camps across the Line of Control (LoC) in the past few months, intelligence received by the Indian government has indicated. As per the information, at least 13 terror camps of the Lashkar-e-Taiba (LeT) and Jaish-e-Mohammed (JeM) terrorist groups have been closed since April this year.

The steps were taken after the Indian government submitted a dossier to Pakistan on 27 February; a day after a "non-military pre-emptive" strike, as claimed by the Indian Defence Ministry, against apparent terror infrastructure in Balakot. India's dossier contained extensive evidence of JeM's involvement in the Pulwama terror attack in which 40 Indian soldiers were killed.

© CC0
India Wants Terror Finance Watchdog to Blacklist Pakistan – Minister
According to the source, the Pakistan government has shut down a JeM camp in Shawai Nala in Muzaffarabad and the Kalch Samhanj and Garhon Jundla camps in Mirpur. Similar action has been taken against the LeT's Dollai, Sher Kot 1 camps in Muzaffarbad and the Fagosh camp in Mirpur

The Pakistan government also closed down camps in the Kotli and Nikial area along the international border, it added.

Earlier on 28 March, the Pakistan Foreign Ministry stated it found no camps in 22 locations shared by India in February during the investigations. "No such camps exist. Pakistan is willing to allow visits, on request, to these locations," the foreign ministry added.

These steps will also help Pakistan to move out of the grey list which the FATF put it in June 2018. It requires at least 15 votes of the 36 members to move out from the grey list and a minimum of three votes to prevent it from falling into the blacklist.

The two nuclear-armed South Asian neighbours have been embroiled in an escalated border conflict after the Pulwama terror attack in the Indian state of Jammu and Kashmir. The Pakistan-based Jaish-e-Mohammed terror group claimed responsibility for the attack.

A month after the Balakot strike, the government arrested more than 100 people allegedly associated with proscribed organisations in the country.