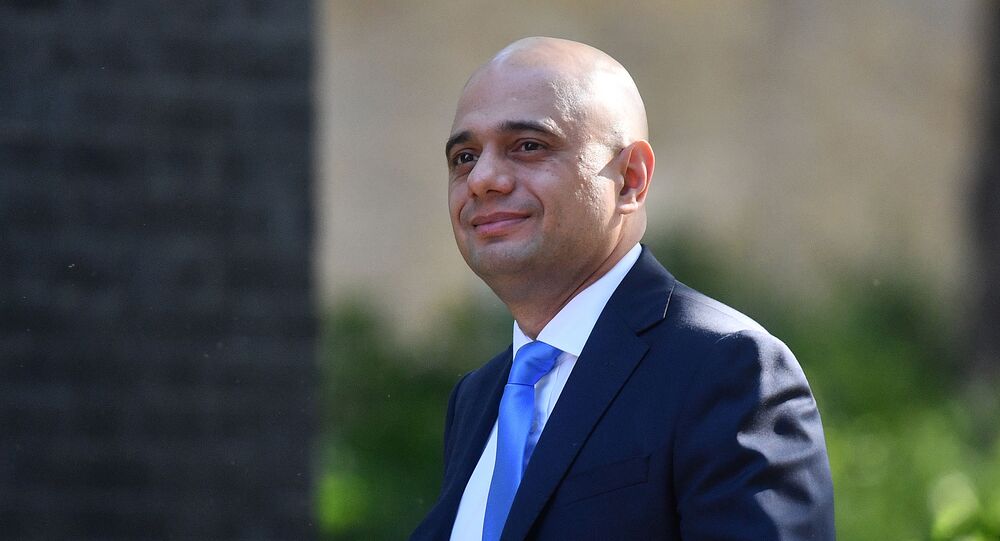 The Irish border issue has been a major stumbling block in the Brexit talks between the United Kingdom and the European Union, with both sides seeking to avoid a hard border on the island of Ireland.

UK Home Secretary Sajid Javid, who hopes to succeed Theresa May as Britain's next prime minister, announced on Sunday that if he was PM, he would "change the dynamic" and offer to cover the cost of settling the post-Brexit Irish border issue - a move which, he believes, would prompt new negotiations with the EU.

"The key is Ireland. I would offer to pay for the new alternative arrangements on the border, it would be in the hundreds of million. I would propose to do that because economically it's right and morally it's right", he told Sky News.

'I will turn to the only thing that's got through this parliament so far, the withdrawal agreement with changes to the backstop' - Home Secretary @sajidjavid outlines his Brexit plans if he were to become PM.#Ridge

At the same time, Javid refused to guarantee that if elected prime minister, he would take the United Kingdom out of the EU on 31 October, but added that his government would do "everything in our power" to leave by that date.

Unlike Javid, Boris Johnson, the frontrunner in the ongoing race to get the keys to No. 10, told The Sunday Times that he would scrap the so-called Irish backstop and solve the issues only when the 28-member bloc is ready to agree a future relationship.

© AP Photo / Paul Morigi
'Power is Power': Tony Blair Flays Brexit, Praises 'Great Alliances' With US, EU
Javid and Johnson are among eleven candidates vying to replace Theresa May, who will remain prime minister until a successor is chosen.

The Irish border has been a major obstacle in the way of the divorce deal between the UK and the EU: even though outgoing Prime Minister Theresa May managed to negotiate a withdrawal deal with Brussels earlier this year after months of tense negotiations, the agreement has faced much backlash within the UK.

The country's parliament has repeatedly refused to endorse it due to a controversial provision on the Irish backstop plan aimed at preventing a hard border on the island of Ireland, citing fears that the UK could remain in the EU Customs Union permanently if London and Brussels fail to reach an all-encompassing deal.

The United Kingdom was supposed to leave the European Union on 29 March, but Theresa May opted to request a deadline extension until 31 October since she had repeatedly failed to gain support in Parliament and within her own party for the withdrawal deal she had negotiated with Brussels.