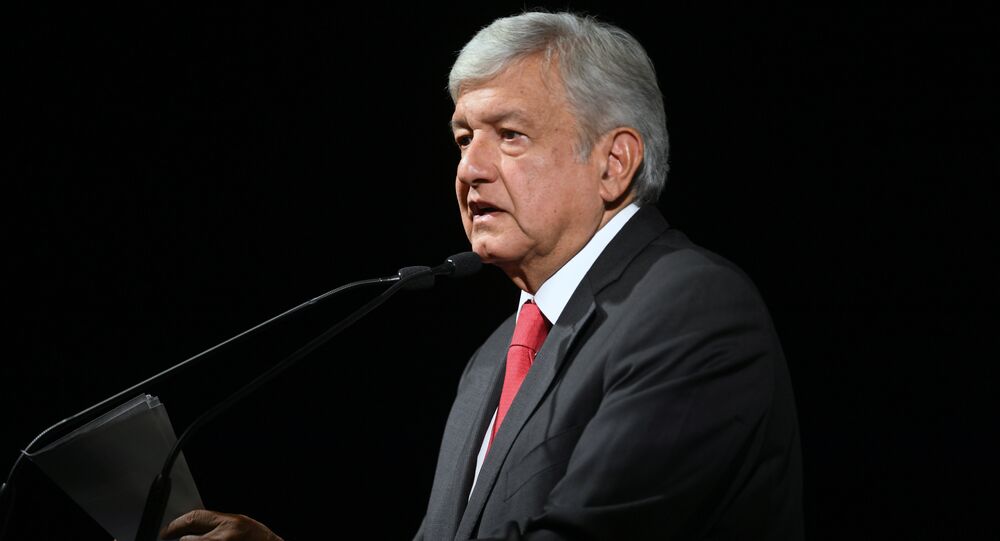 Mexican President: We Don't Want Confrontation With US

"We don't want to confront them," Lopez Obrador told the North American Mayors Summit in Cabo San Lucas on Friday. "We seek union ... We want to remain friends with the American people."

​On May 31, Trump announced that starting on June 10, the US would impose a blanket 5% tariff on all goods made in Mexico but sold in the US, in order to force Mexico City to take more drastic action to halt the flow of migrants entering the US from Central America. He said each month that tariff will increase another 5% until it reaches 25%, Sputnik reported.

​"People decide to leave their villages to seek to end their hunger and poverty, no one leaves their village for taste but by necessity," Lopez Obrador noted on Friday. "Many of our brothers in Central America have to emigrate out of necessity."

The Mexican president also noted that he would convene a meeting in Tijuana on Saturday composed of all sectors affected by the threatened tariffs from Washington, to attempt to "set a position that responds to the attempt to impose tariffs," Ruido en la Red reported.

​Earlier this week, Mexico City announced it would deploy 6,000 National Guard troops to the country's border with Guatemala in an effort to stem the tide of migrants entering the country, Sputnik reported.