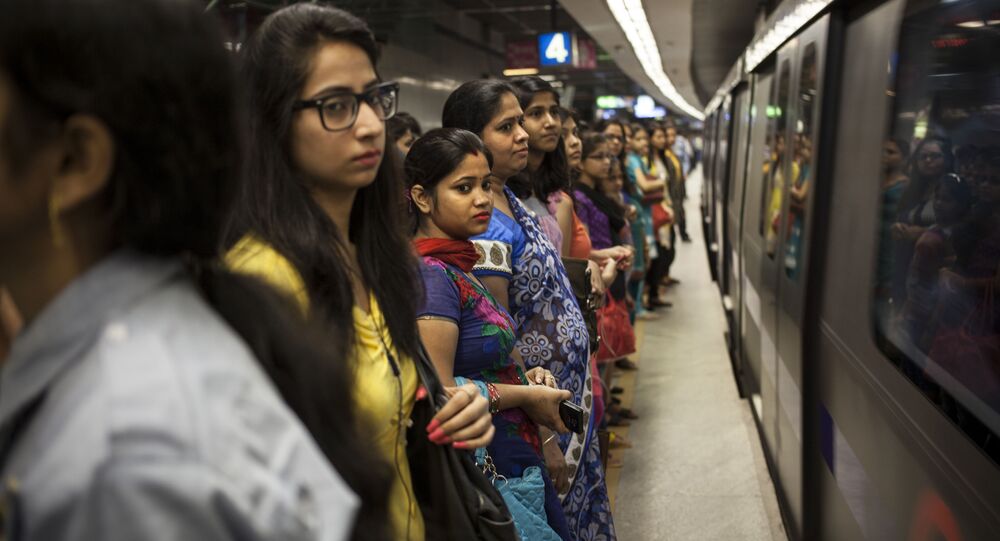 The proposal of providing free of charge bus and metro travel to women is expected to cost an estimated Rs 700 crore (approx. $100 million) to the city’s Delhi Transport Corporation (DTC), which operates state-run buses and the Delhi Metro Rail Corporation (DMRC), in turn operating the Metro trains.

New Delhi (Sputnik): A recent proposal of the Delhi Government allowing free travel to women in public transport, especially Metro trains, in the capital city appears to have left social media divided. Some have termed it a “progressive” step, with others viewing it as a “freebie” ahead of assembly polls.

Delhi Chief Minister Arvind Kejriwal on Monday said: "Women will be given free rides in DTC, cluster buses and the Delhi Metro. The government will bear their travel expenses".

However, the proposed step for which public feedback has been sought by the Government of Delhi has turned out to be the talk of the town. It has evoked reactions of varied hues from a section of politicians, media, and residents — and even women.

Calling this move a "freebie promoting gender bias", many either mocked or dismissed Kejriwal's claim that free rides in public transport could ensure women safety in the national capital.

With all due respect, women in Delhi didn’t ask for a free pass to ride when they voted for Kejriwal ji, they had voted for the safe environment promised to them. https://t.co/5AtSuFKFzt

And Equality goes for the toss… A girl carrying an iPhone, Gucchi bag, posh clothes will travel for free and a handicap will make his efforts to buy tickets and stand in a metro while the girl is chilling and sitting on the chair #DelhiMetro

#Delhi CM @ArvindKejriwal thinks the INDEPENDENT WOMEN of Delhi can't pay their fare.
Instead of this they should do something for the safety, of the women, which is in danger in the capital.
Best example of vote bank politics.👏👏 #DelhiMetro

Some users decided to poke fun as to how some men in this capital city may try to cross-dress to get a free ride.

However, in spite of receiving trolling from several quarters of the twitterati, there were also those who welcomed the decision and appreciated the chief minister for taking this "progressive" step.

Congratulations to Delhi CM @ArvindKejriwal for making it free for women to travel in the #DelhiMetro & #DTC buses. This is a positive progressive step. Also sir, kindly ensure the buses ply thru the night thus ensuring convenience & safety for all.

To all the Women saying we can Afford the tix of #DelhiMetro so buy it naa no one is forcing you to travel for free. If you are privileged enough to buy then do it because it's for those women who can't afford to travel from metro and compromise their safety via choosing cheeper pic.twitter.com/MKKl8Sz4u4

A large number of women are not allowed to go out of the house — for studies, jobs, or other reasons, because their families can't afford safe transport. The free travel offered by Delhi CM @ArvindKejriwal will enable these girls to step out. #AAP4EaseOfLiving #DelhiMetro https://t.co/hTuk2HvnWy

The Delhi Government has said that it may take about two or three months for the proposal to become effective in the city.