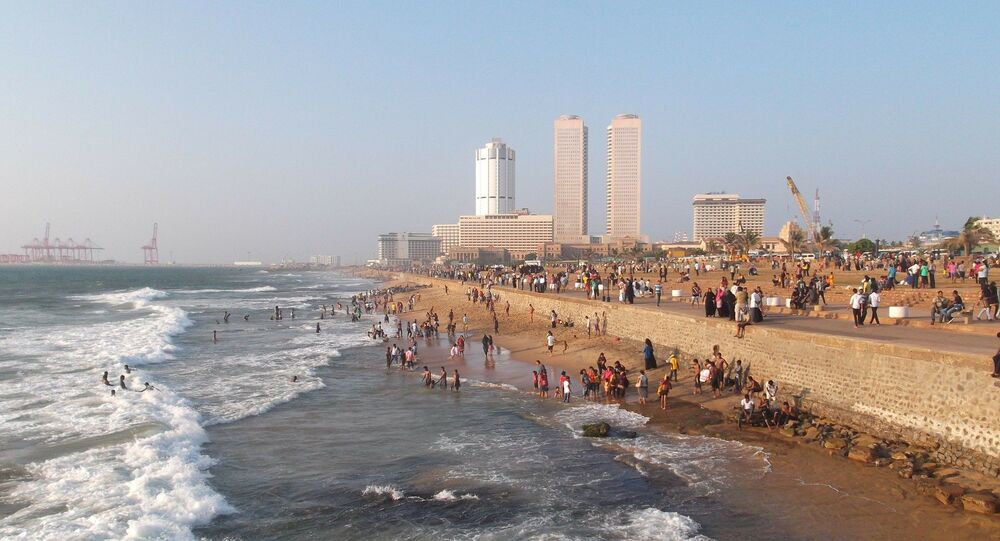 The resignations came as thousands of people took to streets seeking an investigation into the 21 April serial bombings and in view of a hunger strike by a parliamentarian demanding the resignation of two governors and ministers who he claimed were involved in the Easter Sunday bombings.

New Delhi (Sputnik): Sri Lanka on Monday witnessed most of its Muslim ministers stepping down from their posts, citing the government’s abject failure in providing safety in the island nation.

In a press conference in the Sri Lankan capital of Colombo, leader of the Sri Lanka Muslim Congress (SLMC) Minister Rauff Hakeem said all Muslim Ministers – cabinet, non-cabinet, state and deputy ministers – have decided to resign from their posts. They will, however, continue to serve as backbencher parliamentarians helping the government to survive.

"We urge the CID to expedite the investigations into allegations made against those amongst us, so we may finally be vindicated. We also wish to see an end to hate speech and the prevalent culture of impunity," said MP Rauf Hakeem, announcing the resignation of all Muslim ministers.

​“As I am convinced that the safety of the Muslim community cannot be guaranteed”, I have decided to “tender my resignation forthwith" Hizbullah, the Eastern Province governor, said in his resignation letter to the President Mathripala Sirisena. It was accepted with immediate effect.

Buddhist monk Thero, meanwhile, ended his fast soon after the announcement of the resignation of the governors. Hardline Sinhala Buddhist groups have also demanded a probe into the Muslim leaders’ alleged links to Easter terror suspects in which at least 253 people killed and hundreds wounded. Nevertheless, the governors had denied the allegations.