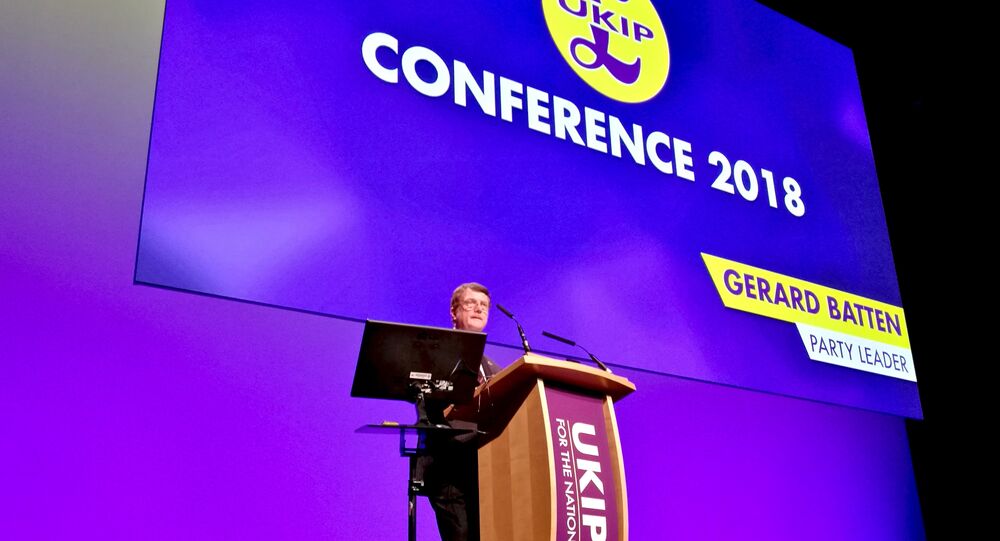 UKIP Prepares For New Leader As Gerard Batten Steps Down

The UK Independence Party (UKIP) was founded in 1993 by Alan Sked but only rose to prominence after Nigel Farage took over as leader in 2006. Farage quit the party in November 2016 and formed the Brexit Party earlier this year, which has eclipsed UKIP politically.

UKIP leader Gerard Batten has resigned after the party lost all its seats in the European elections last month.

A leadership contest is set to start and the winner will take over on 10 August.

My term as UKIP Leader ends today. A big thank you to all who have supported my leadership & UKIP over the last 15 months, morally, materially & financially., The NEC will now begin a leadership election process, which will see the next leader elected within the next 90 days.

​UKIP voters deserted in droves when its former leader Nigel Farage set up the Brexit Party and recruited people like former Tory minister Ann Widdecombe to stand as candidates during the 23 May election.

Mr Batten promised to step down if he lost his seat at the election.

From all of us at Young Independence: THANK YOU @GerardBattenMEP! 🇬🇧👍

Do you think Gerard Batten should stand again?
Or would you like to see someone else as leader? pic.twitter.com/EvwYgrWXOR

​Mr Batten was heavily criticised by Farage for recruiting former English Defence League leader Tommy Robinson as a UKIP candidate in the North West of England and taking advice from him on some areas of policy.

Robinson — who is not a fully fledged UKIP member because of a ban on former EDL and BNP members — was appointed "grooming gangs adviser" in November.

Mr Batten defended Robinson's right to come out of prison and resume his life and said he had "walked away from the EDL a long time ago".

But many pro-Brexit voters, especially former Labour voters, found it easier to bring themselves to vote for the Brexit Party rather than UKIP.

The Brexit Party topped the poll, with 29 MEPs elected, while UKIP's vote collapsed and it lost its last two remaining MEPs — Mr Batten and Stuart Agnew.

First ever poll to put Brex ahead.

​Several other UKIP MEPs had either quit the party or been expelled since their election in 2014, including Janice Atkinson, Louise Bours, James Carver and Steven Woolfe.

Most sat as independents while some, like Margot Parker and Jill Seymour, defected to join the Brexit Party.

I predict the next leader of UKIP will be Carl Benjamin floating naked in a tank of his own farts like a spice navigator from Dune.

​In November 2018 Batten gave an interview to Sputnik and correctly predicted in the wake of her deal being rejected by Parliament that Tory MPs would not vote to replace Theresa May, who stumbled on as leader until 24 May when she finally announced she was stepping away to make way for a new leader.