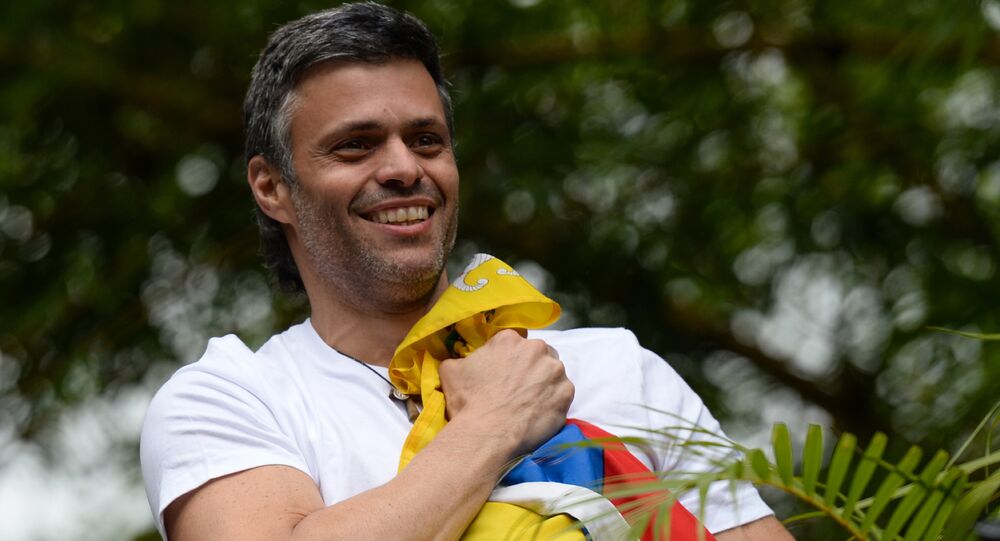 The Supreme Court of Venezuela has issued an arrest warrant for opposition politician Leopoldo Lopez, according to a statement released by the court on Twitter.

The statement specifies that the arrest warrant was issued given the fact that Lopez violated a 2017 court-imposed order to remain uner house arrest.​

In 2015, Lopez was sentenced to 14 years in prison for having a role in the 2014 violent protests, which claimed the lives of over 40 people. Since summer 2017, he was held under house arrest.

On Tuesday, Lopez escaped house arrest with the help of another Venezuelan opposition politician Juan Guaido, who had earlier illegally proclaimed himself the country's president. After escaping from house arrest, Lopez with his family first took refuge in the Chilean embassy in Caracas. Later they moved on to the Spanish ambassador's residence in the Venezuelan capital.

READ MORE: Pentagon Has 'Exhaustive' Plans for Any Scenario in Venezuela — Shanahan

Leopoldo Lopez was born in Caracas on 29 April, 1971. According to El Pais, he has a degree in economics and public policy from the John F. Kennedy School of Government at Harvard University. In 2000, he was one of the founders of the Primero Justicia (Justice First) political party. He is currently the leader of Voluntad Popular (Popular Will) party which he founded in 2009.

Tensions in Venezuela escalated after the country's opposition initiated a fresh coup attempt in a bid to oust democratically elected President Nicolas Maduro. The government, however, subsequently said that the coup attempt had failed.