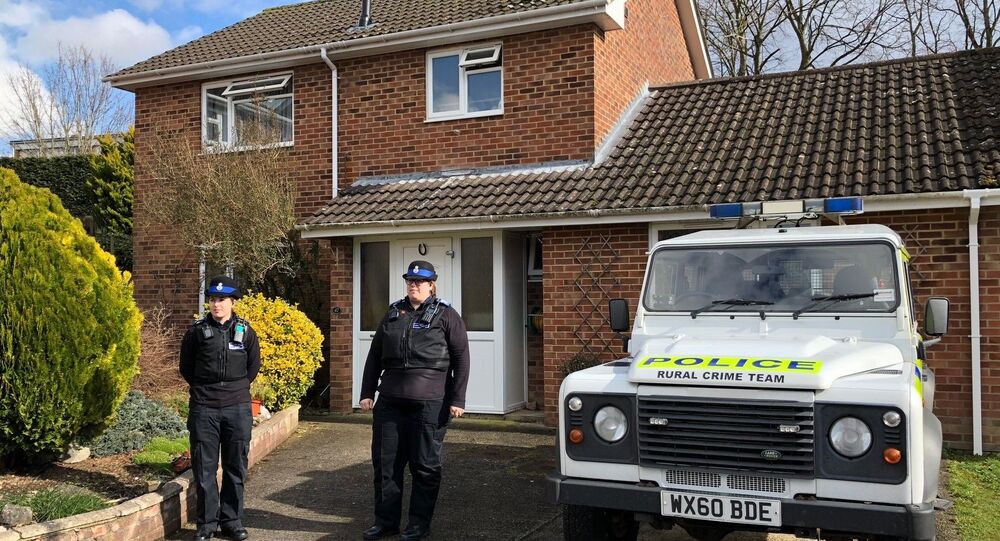 UK ministers are expected to change House of Lords rules to stem the flow of "red money" from Russia and China, the Sunday Times reported. The move is designed to make MPs fully disclose their assets associated with Russia and China and to introduce an espionage law to identify foreign spies working for banks and other British companies.

Marcus Godwyn, a British political analyst, has discussed in an interview with Sputnik the reasons and timing for the proposed legislation.

Sputnik: The UK government is in favour of adopting legislation, according to which, members of the House of Lords would have to declare financial receipts from abroad. In your view, what is the British government trying to accomplish with this?

Marcus Godwyn: Rather than the claimed desire for further transparency I believe that there are two main reasons for this bill and the considerable publicity given to it by the British MSM. One is the purging from British public life of the few remaining independent voices on issues concerning Russia and China. The second is the all important need to keep the anti-Russian and anti-Chinese propaganda campaigns active and noisy in the public limelight. Let's deal with the first.

© AFP 2021 / Oli Scarff
Theresa May Bars Criminal Investigation of Disgraced Defence Minister Over Huawei Leak
The House of Lords is Britain's second chamber. It does not have very much power to prevent bills being passed if a government really wants them to be passed but it can delay them and suggest changes to to them and all this causes publicity. We find among its members people appointed from many different backgrounds including the last generation (After Tony Blair's "reforms") of hereditary peers. Hence there are still some independent voices unlike the House of Commons which, as the debate immediately following the launching of the Skripal affair showed, is now almost entirely and across party lines, populated by anti-Russian propagandists and stooges. Even the much vilified by the MSM opposition leader, Jeremy Corbyn, was clearly afraid for his political future and contented himself with whimpering that maybe any action should wait until evidence of Russia's involvement had been proved.

It is in the nature of propaganda that it cannot remain silent. Indeed silence can be said to be the most deadly enemy of all propaganda and the false ideologies and lies that it serves. Truth on the other hand thrives on silence. Thus, the west perpetrates false flags and lie campaigns against its target countries and regimes and then can keep rehashing them every 6-9 months in the form of "inquiries" and "investigations" presenting the "results" of their investigations etc, MH17 for example, which serve to keep the false flag in the public's mind. This proposed bill is a way of re-invigorating the flagging Skripal affair and bringing it back into public prominence in order to remind the British public, as well as other western publics and governments, how they are under the threat of imminent chemical attack from "evil Russia" and her "power mad president". The truth of course is that the Skripal affair, far from being an attack by Russia on Great Britain, was an attack ON Russia BY Great Britain and a very serious and potentially dangerous one at that. The language used here is very reminiscent of the cold war: "Red money" "more spies than ever before" etc which remains one of the most effective propaganda tricks in the western manual.

Sputnik: What do you make of the timing of these changes?

Marcus Godwyn: The timing is also interesting as the bill lumps Russia and China together as the main threats to "British democracy". It is clear that many in the UK elite feel Britain should follow the US lead on blocking the Chinese IT giant Huawei's progress in their countries. Some of this is obviously simple stifling free competition from countries that were never in the market for hi-tech until recently and countries which the west has chosen to attempt to dominate rather than cooperate with. Are the Russians and Chinese spying on Great Britain? Of course they are and so they should be. Britain and the west in general is far more of a threat to them now than at any time during the cold war. All observers, commentators and above all participants in that episode of history on all sides all say the same thing. In those days there were rules, written and unwritten and red lines which could not be crossed and everybody knew them and abided by them. Today, the West has torn up the rule book creating a very volatile situation. As far as the security risk from Huawei to the west is concerned, I very strongly suspect that maybe Huawei phones are not as easy for western governments to use for surveillance, tapping and snooping as western manufactured products most certainly are.

READ MORE: US to 'Reassess' Intel-Sharing With EU Allies Who Use Huawei 5G Tech

Sputnik: Security Minister Ben Wallace explained that the change to the espionage law helps protect British democracy from “hybrid attacks” by hostile states, emphasising Russia and China. In your view, why is the UK focusing on these two countries?

Marcus Godwyn: These two countries, which as far as I can see are not guilty of hybrid attacks on the UK, have once again become the main competitors to the west and hence the greatest threat to western hegemony. If China is the strongest economically it is a fast rising military super power too. If Russia has regained its status of military superpower it is also spectacularly surviving and overcoming all western sabotage mechanisms such as sanctions etc. The actions of the west, i.e. hybrid attacks on them have pushed these countries into ever closer political, military and trade cooperation making them a self fulfilling prophesy for the western rulers. In the case of Russia the antipathy of the ruling elites, but not that of the ordinary people which has to be constantly manufactured via the media, goes back as far as the great schism in 1054 and the Papist invasion of Orthodox England in 1066.

Sputnik: Can we consider these measures to be a new attempt to put pressure on Huawei or find evidence of Russia's alleged involvement in the Skripal case?

Marcus Godwyn: Well, they are designed to put pressure on those in the west who want to do business with Huawei which, after all, is a perfectly healthy and normal thing to wish to do.

As for the Skripal case, there is no evidence. If there was, we would all have seen it by now. As I said, it is a reason to relaunch the propaganda campaign, that's all.

Sputnik: What consequences can we expect if the law is passed?

Marcus Godwyn: It could mean that some peers may have to choose between business, scientific and cultural ties with Russia and or China or resign from their positions. Remember the purpose here is to silence the few remaining voices in British public life who actually think that it is in the best interests of the British people for The UK to have normal, open and constructive relations with Russia and China.

Within itself it is not outrageous that the financial interests of public representatives should be open to scrutiny. It is the hidden agenda that is the problem here. Passed or not passed the main purpose is anti-Russian, anti Chinese propaganda.

The views and opinions expressed in the article are those of the expert and do not necessarily reflect those of Sputnik.