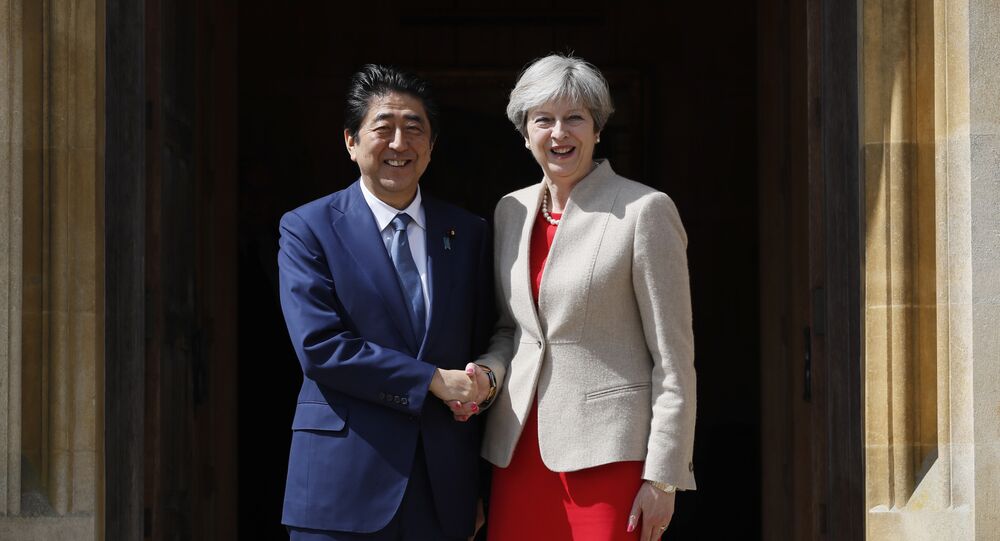 Japanese officials have accused UK Foreign Secretary Jeremy Hunt and International Trade Minister Liam Fox of taking a "high-handed" approach towards post-Brexit trade deals, and even considered cancelling bilateral trade talks due to take place this week after taking an offence to a letter the pair sent to their Tokyo counterparts 8 February.

The letter stated "time is of the essence" to secure a trade deal, and called for flexibility on both sides, the ministers saying "we are committed to speed and flexibility and hope [you] are too", which Japanese officials believed to be a coded message suggesting Tokyo wasn't as keen as London to quickly conclude a deal.

© REUTERS / Nigel Roddis/File Photo
Japanese Car Giant Nissan Secretly Offered Over $100 Mln Over Brexit Fears - UK Minister
The FT also suggested Japanese trade officials have become frustrated with their British counterparts, who've arrived at meetings without specialists accompanying them, stalling talks — Tokyo has moreover ruled out replicating the terms of the Japan-EU trade agreement that took effect at the start of this month, which will be unavailable to the UK post-Brexit, making clear it seeks tougher concessions from Britain than were cemented with the EU.

Japanese firms, collectively employing around 140,000 people in the UK, have repeatedly made clear they are anxious at the prospect of a 'no-deal' Brexit — for instance, Nissan recently said such uncertainty contributed to its decision to abandon plans to build a new model of one of its flagship vehicles at its Sunderland plant.