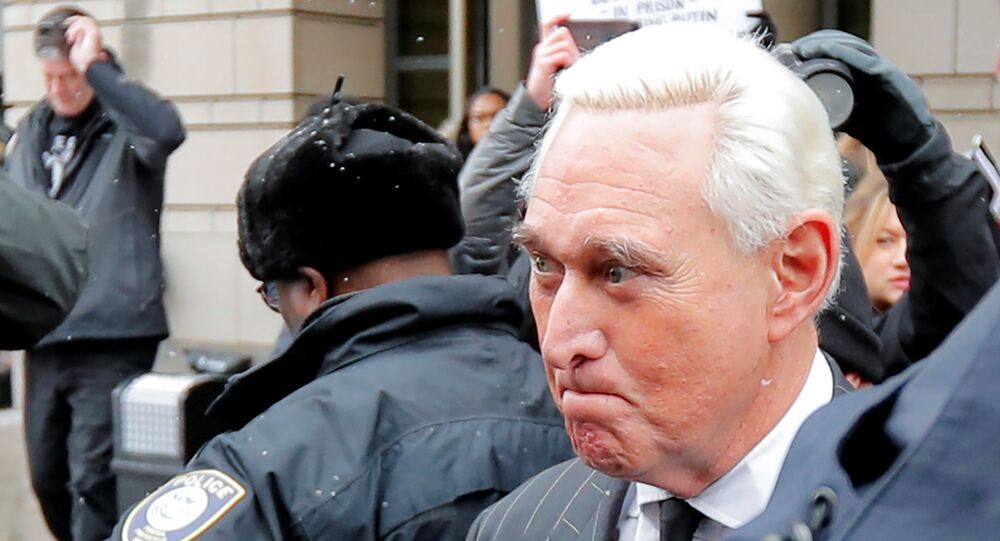 A US federal judge has issued a gag order for Roger Stone, the former Donald Trump campaign adviser, who was indicted last month on charges stemming from the Office of Special Counsel's Russiagate investigation.

Stone was ordered Friday to refrain from making public statements or statements to the press "that pose a substantial likelihood of material prejudice to this case." Sputnik reported on February 2 that US District Judge Amy Berman Jackson was considering issuing such an order after Stone took to the press to defend his innocence following his charging and release on January 25, citing a number of "extrajudicial statements by the defendant."

"This is a criminal proceeding and not a public relations campaign," Jackson said at the time, noting that "it behooves counsel and the parties to do their talking in this courtroom and in their pleadings and not on the courthouse steps or on the talk show circuit."

Stone is charged by special counsel Robert Mueller with obstructing a proceeding, witness tampering and making false statements to Congress. All the charges are related to his alleged communications with WikiLeaks, seeking information about when the stolen Democratic National Committee emails would be released to the public while he served as an adviser to Trump's 2016 presidential election campaign. That communication was done exclusively through an intermediary, believed to be comedian Randy Credico.

Stone has entered a plea of "not guilty."