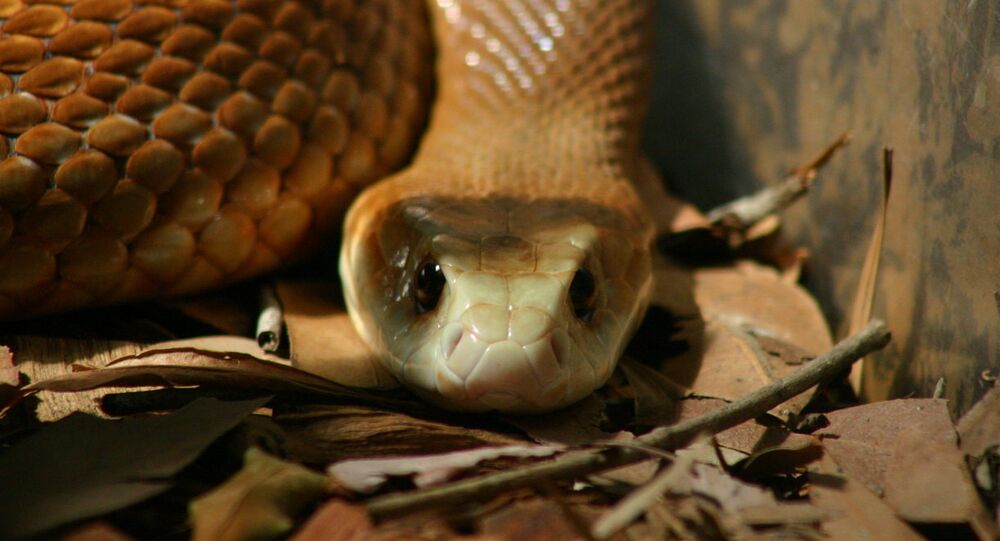 The video of the rather unorthodox form of interrogation went viral almost immediately after it was shared by a local Indonesian human rights lawyer.

Police in Indonesia have apologised for using a snake as a tool of interrogation against an alleged thief after a video of the incident went viral online.

In an apparent effort to force the suspect into confessing that he'd stolen some mobile phones, the snake was draped over the man's shoulders and wrapped around his neck.

WARNING: THIS VIDEO MAY OFFEND SENSIBILITIES

In the video, the suspect's hands appear to be cuffed behind his back as he is sat on the floor with his back propped up against a wall. The man can be heard hysterically screaming and shouting as the police officers tell him to open his eyes and watch as they threaten to stuff the live reptile into his mouth and down his trousers.

Throughout the interrogation, officers can be heard asking: "How many times have you stolen mobile phones!?" Eventually, the suspect admits to "only two times."

Jayawijaya police chief Tonny Ananda Swadaya insisted the snake was non-venomous and tame, but accepted the "investigator was not professional in doing his job," adding that "we have taken stern action against the personnel."

Ahmad Musthofa Kamal, a spokesman for the police force is quoted by the Independent as saying that an internal investigation into the incident has been launched, saying that, "we apologise for the incident. Institutionally we do not recognise such an unprofessional method of interrogation, and we guarantee that such an inhuman method will not happen again in the future."

The video of the reptile-assisted interrogation went viral online after human rights lawyer, Veronica Koman, shared it on Twitter, saying that the man in the video was, "beaten, kicked, slapped and pushed towards the same by two police."