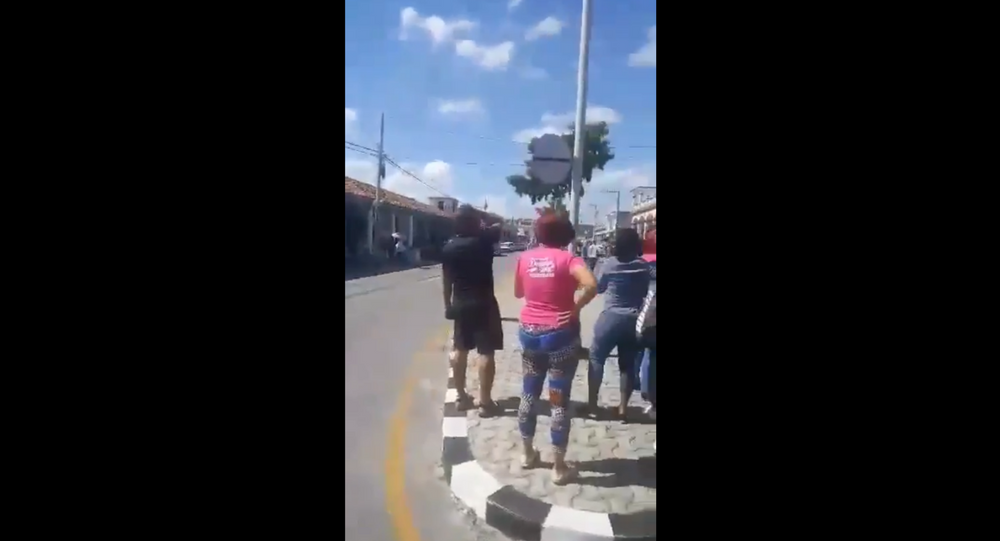 Residents in western Cuba reported on Friday that a meteorite had struck the island, triggering the sound of one or two large explosions. No injuries have been reported.

Cubans quickly took to social media, sharing photos and video footage of the aftermath of the strange event. Some likened the sound of the explosion to the roar of a plane or to solar phenomena. Early social media reports also wondered whether the sounds might have been caused by a satellite explosion.

​The US National Weather Service Key West issued a statement on its Twitter handle that it was "receiving reports that a meteor was seen in the sky across the Florida Keys."

"It appears that a meteorite impact occurred in western Cuba, near the town of Viñales, Pinar del Río, earlier this afternoon."

"I just heard a strange explosion… it vibrated super strong," Flavia Sahira, a resident of Vinales, wrote on Facebook. "Does anybody know what it was?"

Throwing in his own observations, independent journalist Ignacio Luis Gonzalez Vidal told netizens on Facebook that the sounds were likely caused by a Cuban military plane. However, that hasn't been confirmed by military officials.

A spokesman for the Russian embassy in Cuba, Zaurbek Makaev, told Sputnik the explosion was definitely not an aircraft and probably a meteor.

​This latest incident comes after a tornado struck Havana on January 27, leaving three dead and dozens more injured. According to the BBC, 125 houses collapsed, including 13 educational centers.