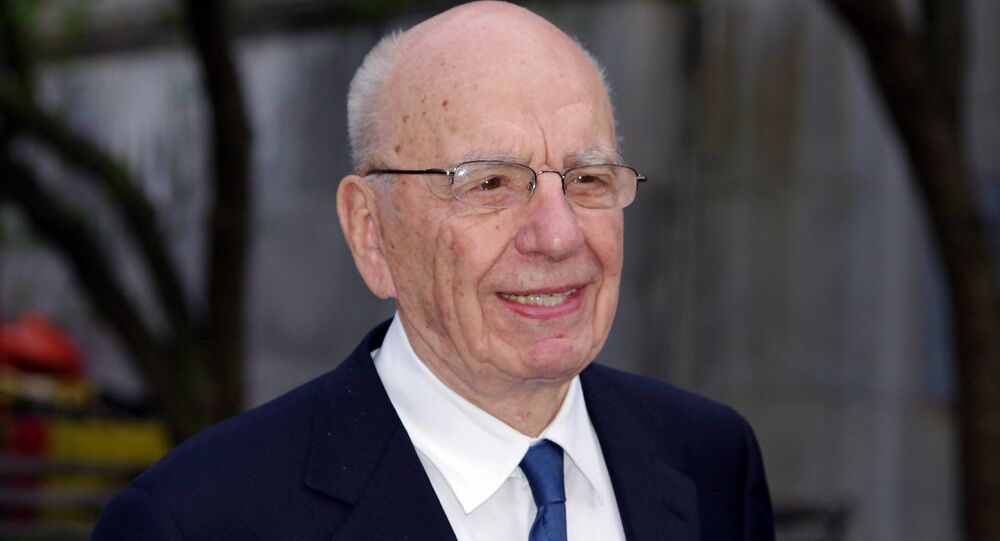 News UK has settled over 1,000 civil claims over the scandal, typically via confidential agreements - under which News UK does not accept any wrongdoing - likely worth millions, agreed just before cases go to trial.

The UK high court phone has heard hacking was widespread at The Sun newspaper, contrary to vehement denials from Rupert Murdoch and representatives of News UK that the tabloid newspaper was involved in any form of illegal activity.

Legal proceedings related to the phone hacking scandal are now entering their eighth year — along the way, News UK has consistently claimed criminal activity was exclusively limited to the News of the World, the Sun's now-defunct sister title, which closed in 2011. Andy Coulson, former News of the World editor turned Downing Street communications chief, was jailed for 18 months in July 2014 for his role in the conspiracy.

The allegations — made by David Sherborne, a lawyer representing potential phone-hacking victims — mark the first time The Sun has been accused of the practice in a formal legal setting. He also claimed at a pre-trial hearing News UK had deliberately tried to hinder attempts to obtain material relevant to the case, and requested the expenses receipts of current Sun journalist Nick Parker, in order to confirm whether his purchase of mobile phone top-up vouchers related to the illegal interception of voicemails.

© AP Photo / Kirsty Wigglesworth, File
Former News of the World Editor Got Eight Months in Jail Over Phone-Hacking
Parker, the Sun's chief foreign correspondent, received a suspended sentence in 2014 after being convicted of handling a Labour MP's stolen mobile phone. He rejoined the paper in 2015.

The practice of hacking mobile phone answering machines had intriguing and unlikely origins, which raise questions about its use by Sun journalists.

In 1999, Vodafone's mobile network crashed, leaving users unable to make calls — among them Welsh salesman Steven Nott, who urgently needed to access his voicemail in order to process orders from customers.

After hours of frustration, he rang Vodafone from a public telephone and asked for assistance — they said it wasn't a problem, as he could access his voicemail messages from any other phone by ringing his mobile number, pressing ‘9' on the keypad, then entering his voicemail pin.

When Steven made clear he hadn't set such a pin, the operator said it would likely then still be the default number — ‘3333'.

"I said to the operator, it all seems a bit 'easy' to access and mentioned I could do it with anyone's phone. She said I could, but I wasn't supposed to. At the time, it was not common knowledge to anyone about PIN numbers for voicemails. Most people then didn't have a clue. I was gobsmacked it was so easy to do this and spent the next couple of months having fun and games with my mates' phones, work colleagues' phones and so on," Steven says.

However, he soon realised this was a very serious issue, resolving to "make some noise" and bring the risks to the attention of the public — and authorities.

As part of his awareness campaign, he contacted the Daily Mirror — Special Projects Editor Oonagh Blackman heard his story and was extremely interested, suggesting it would be "one of the biggest stories of the decade".

Twelve days later though, the paper still hadn't mentioned the scandal — concerned, Steven rang Blackman, who informed him the paper wasn't interested in the story any more. When he suggested the Mirror had decided to keep schtum and use the method for their own purposes, Blackman threatened him with court action if he told anyone about his discussions with the paper. He was subsequently paid £100 for providing the story — a Twitter account apparently connected to Blackman contacted him some years later threatening to make him "bankrupt", and "cut off your penis and ram it down your throat" after he named her publicly.

Payment of £100 Steven Nott Received From The Mirror

"It didn't take me long to realise what I'd done. I couldn't believe I was so stupid to tell a national newspaper how to get hot news for free just by hacking into someone's phone. I was on a campaign to raise public awareness and it was backfiring," Steven says.

Despite his misgivings, he then met with Paul Crosbie, Consumer Affairs Correspondent at The Sun, outlining the story and his dealings with The Mirror. Crosbie was "gobsmacked" the paper would ‘spike' a story of such massive national importance, and promised his outlet would run a front-page special report within the next two days, saying Steven would be a "public hero" for bringing the "national security risk" to public attention.

© Fotobank.ru/Getty Images / Ben A. Pruchnie
UK Editor Charged With Phone Hacking Leaves Prison: Reports
Such promises came to nothing again — and Steven resolved to "undo what [he'd] done", relentlessly thinking of ways to make the public aware. He contacted numerous journalists, MPs, Vodafone and other phone companies, and various state agencies, to little avail — a situation that left him "pulling my hair out with frustration". In one particularly egregious instance, he was invited onto BBC Radio5 Live to debate Vodafone spokesperson Mike Caldwell. Caldwell dismissed his concerns, saying the default issue wasn't a security flaw, and "never has or will cause problems".

The stress of "trying to save the world" — coupled with the death of his father and losing his driving license due to speeding and job in the process — caused Steven to have a breakdown in 2000. He told a psychiatrist about the maddening web he'd become enmeshed in, but they dismissed his concerns as "delusional".

It would take until 2011 for Steven to be vindicated — and he gave evidence to the Leveson Inquiry in November that year, making his efforts to publicize the story, and the refusal of the mainstream media to help, a matter of public record.

Today, concerns about phone hacking couldn't be further from Steven's mind — and while he'd "like to think" ‘Leveson 2' will be revived, and bring "everything out in the open once and for all", he doubts it will.

"I've moved on enough for the stress of it all to be gone. I don't care what people say or think these days, life's too short. I've not long reached 51 and decided there are more important things in life to worry about than dragging up the past. I was only a tiny spanner in the works. I've ended up with a blue Twitter tick for my efforts which makes me look like someone important, yet I'm just a van driver by day and a soap opera watcher by night, I'm probably the most boring of people about. I used to get many calls from journalists asking for my input but just got fed up with them all. I couldn't really care less [about the media] as long as my family have food on the table and a roof over their heads," he concludes.

Ex-News of the World journalist arrested in phone hacking probe