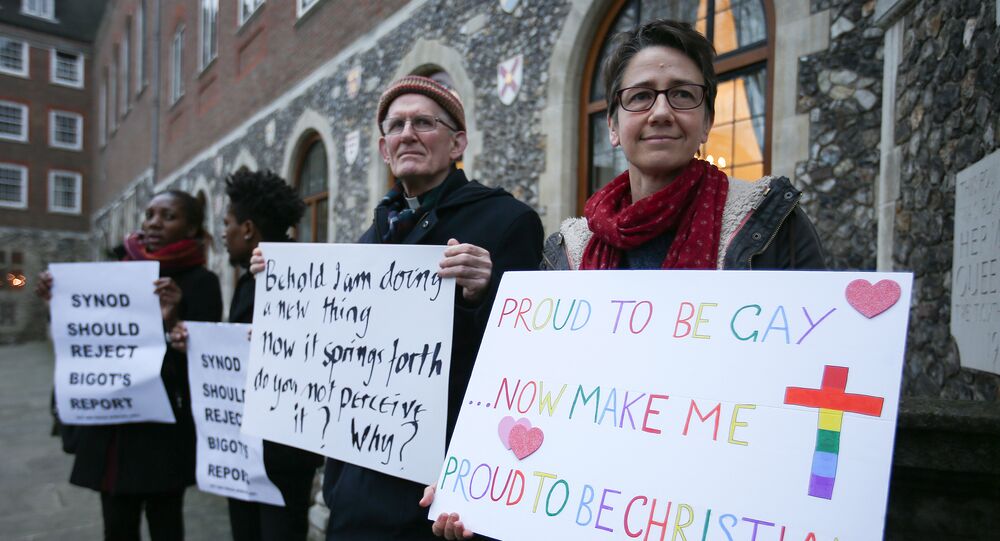 Recent guidance from the Church of England on a "celebratory" service for transgender people has caused alarm among evangelicals - it encourages churches to be "creative and sensitive" in using liturgy to help people mark their transition to a new gender.

Church ministers are advised to use the transgender person's chosen name and pronouns during the ceremony, which would incorporate the existing rite for the Affirmation of Baptismal Faith and should, the guidance instructs, have a "celebratory character".

Ministers are also told they could present gifts such as a Bible inscribed in the chosen name or a certificate — but while approved by the House of Bishops, the document has dismayed evangelicals in the Church of England who believe that gender is assigned by God at birth.

On December 21, former Bishop of Rochester Michael Nazir-Ali issued a statement in which he said that the Bible "clearly teaches God made us male and female".

"The true basis for our belonging to the Body of Christ is repentance and the desire to live according to God's purposes as revealed in the Bible and as taught by the Church. The social function of gender is moreover based on biological difference and cannot be divorced from it. The Church should be compassionate and sensitive towards those who experience gender dysphoria but its fundamental teaching must be based on a revealed truth and objective biology and its relation to social structure. Superficial accommodation to culture, without adequate theological grounding, may look kind but will lead to further confusion amongst the faithful without truly helping those with issues about their biological sex and its concomitant gender," he said.

The Church of England Evangelical Council has called the guidance "theologically and pastorally questionable", suggesting churches refusing to hold such services may not receive any support from the Church of England and be accused of being "transphobic".

"Many Christians who accept the legitimacy of transition in certain circumstances would understand it in terms of painful necessity, a consequence of our fallen existence, and a form of pastoral accommodation and not as a cause of celebration. In addition, many Christians view gender transition as a rejection of God's good purposes in creation and so something that is contrary to God's will. As such, it should not be undertaken, however desirable it might seem. It certainly should not be celebrated by the Church, particularly in the context of submitting to Christ as Lord," the body said.

Christian Concern chief executive Andrea Minichiello Williams, a lay member of the Church of England's General Synod, has also condemned the move, saying the Church was continuing its "devastating trajectory towards an outright denial of God and his word".

"The point of baptism is to identify a person with Jesus as they begin a life of following him. Using an affirmation of baptism to celebrate a gender transition turns this upside down by encouraging people to follow their own feelings and live in identities contrary to how God created them. Very sadly, the guidance colludes with the unproven and untrue notion a person can be ‘born in the wrong body'. Christians cannot and must not fall over themselves to accommodate transgender ideology. There is no need for Christians to sacrifice truth in a misguided attempt to be loving. It is not loving to mislead people — and wider society — into the falsehoods and myths of transgender ideology. The Bible, God's revealed and perfect word, does not recognise postmodern gender theory. Neither does the official doctrine of the Church of England. It is time for bishops to teach faithfully on this issue and for the clergy to speak with love, compassion and truth," she despaired.