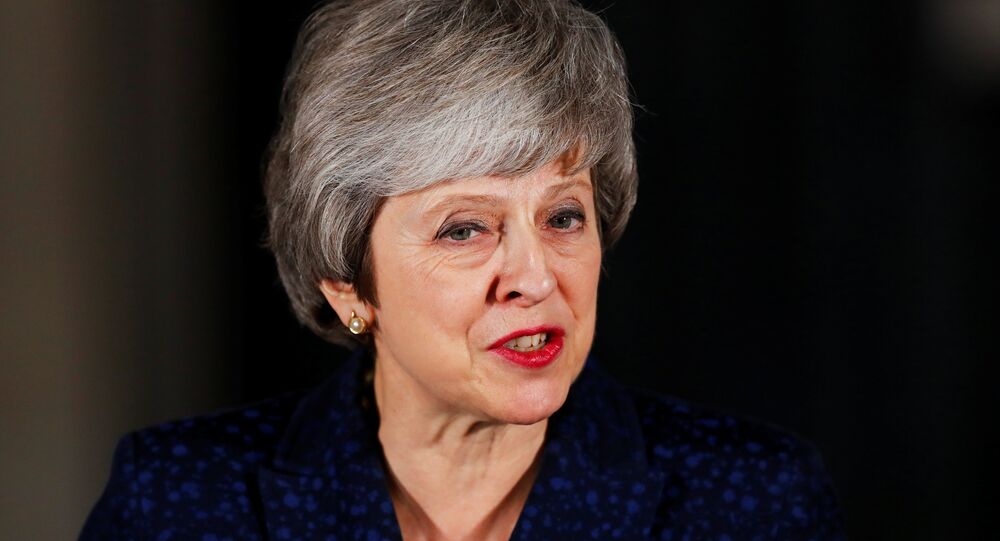 British Prime Minister Theresa May survived a vote of no confidence in her government Wednesday, saying in comments shortly after the vote results were announced that she would get on with her "renewed mission" to take the UK out of the European Union.

"Following this ballot, we now have to get on with the job of delivering Brexit for the British people and building a better future for this country," May told reporters outside her Downing Street residence on Wednesday.

The prime minister promised she would seek further assurances from EU leaders over the issue of the border between Ireland and Northern Ireland, the latter of which is a part of the UK and the former of which is an independent country and EU member.

Two hundred of May's own Conservative members of Parliament voted in support of her government Wednesday, while 117 expressed a lack of confidence in it, attempting to trigger her removal from office. As a result, another no confidence vote cannot be called in the next 12 months.

May's Brexit deal, hammered out with European Union leaders in such secrecy that her own Brexit minister was unaware of the terms of the deal before she announced it on November 15, was the trigger for Wednesday's vote. A particularly sore point has been the Ireland-Northern Ireland border question, with the November arrangement agreeing on a soft border, without customs, between the two entities. The arrangement deprives the UK of the ability to unilaterally depart from the EU customs union, something May had promised her party she would not allow to happen.

© CC0
Analyst on May's Brexit Plan: It Isn’t at All Unlikely That UK Is Going to Break Up

"For my part, I have heard what the House of Commons said about the Northern Ireland backstop and, when I go to the European Council tomorrow, I will be seeking legal and political assurances that will assuage the concerns that members of Parliament have on that issue," May said in her comments outside the prime minister's residence in London.

"But, while delivering Brexit is important, we also need to focus on the other issues that people feel are vital to them, that matter to them to day to day — the issues that we came into politics to deal with," she said. "Building a stronger economy, delivering first class public services, building the homes that families need. We owe it to the people who put us here to put their priorities first."

"So, here is our renewed mission: Delivering the Brexit that people voted for, bringing the country back together and building a country that truly works for everyone."

‘British Parliament Would Never Accept Any Deal From Theresa May' – Analyst