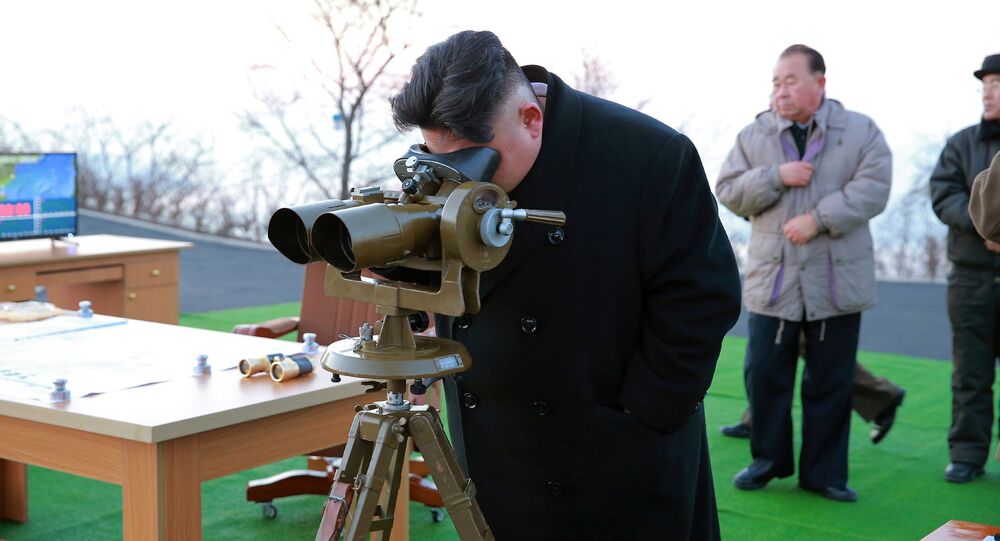 North Korean leader Kim Jong Un announced on Friday, after inspecting a newly developed tactical weapon, that it was "another display of our rapidly-growing defense capabilities to the whole region," North Korean state media reported.

North Korea's Korea Central Television (KCTV) reported Friday morning that the weapon had been "researched and developed for a long time" and that the test was successful, according to Yonhap News Agency. No details have been given as to what kind of weapon was tested.

"This result today is a justification of the party's policy focused on defense science and technology, another display of our rapidly-growing defense capabilities to the whole region, and a groundbreaking change in strengthening our military's combat capabilities," Kim said, according to Korea Central News Agency.

He said that the weapons system tested was one that had especially interested his father, Kim Jong Il, who led the Democratic People's Republic of Korea (DPRK) from 1994 until his death in 2011, when Jong Un became the leader.

The socialist country has placed a moratorium on ballistic missile and nuclear weapons tests since the June 12 summit between Kim and US President Donald Trump in Singapore, which yielded the framework for denuclearization of the peninsula, the lowering of economic sanctions against DPRK, and the restoration of normal diplomatic relations between countries. North Korea, South Korea, China and the US have technically been in a state of war since 1950, since the Korean War did not end with a permanent peace treaty, but a cease-fire agreement that left Korea split in two.

Kim and his South Korean counterpart, President Moon Jae In, have warmed relations between their divided country to levels never before seen, visiting each others' capitals, lowering travel restrictions, and on September 20, signing an End of War Declaration. Trump has reportedly weighed the option of a similar declaration in a prospective second summit between him and Kim.