US President Donald Trump rose to the defense of Riyadh again on Tuesday, as the case of missing Saudi columnist Jamal Khashoggi looms large.

The American press corps has been virtually unanimous in its condemnation of the Saudi Arabian government for allegedly killing the journalist at the Saudi consulate in Istanbul earlier this month. However, nearly every important revelation about the case has been anonymously sourced, and solid evidence as to Khashoggi's fate remains difficult to come by.

Pinning the blame on the Saudis before knowing all the facts is yet another case of "guilty until proven innocent," Trump said in an interview with the AP. 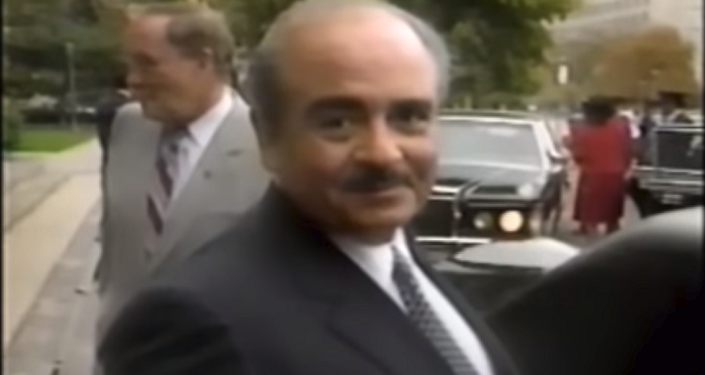 "Here we go again with you're guilty until proven innocent."

Trump's quote inverts one of the long-standing principles of the US and UK justice systems: one is presumed innocent of a crime until proven otherwise.

On Monday, Trump told reporters that "rogue killers" might have been responsible for the disappearance of the journalist, a US resident. Multiple reports have outlined gruesome allegations about Khashoggi's death, including one report that Saudi operatives flew into Istanbul, murdered the journalist and dismembered his body with a bonesaw. These reports have not been verified.

Khashoggi entered the consulate in Istanbul October 2 to complete marriage paperwork and has not been seen since.

Ronn Torossian, founder of 5WPR and public relations expert, told Sputnik News on Tuesday that Trump's theory about "rogue killers" being at fault was a "victory" for the Saudis from a perception-management standpoint.

Sen. Chris Murphy (D-CT) pounced on Trump's statement, tweeting on Monday: "Been hearing the ridiculous 'rogue killers' theory was where the Saudis would go with this. Absolutely extraordinary they were able to enlist the President of the United States as their PR agent to float it."

US Secretary of State Mike Pompeo issued a statement earlier on Tuesday regarding his visit to Saudi Arabia to discuss the case, saying Saudi officials had once again strongly denied any knowledge of Khashoggi's whereabouts. Pompeo reported that he'd felt a "serious commitment" had been expressed on the part of Riyadh to find out what had happened and hold the culprits responsible.