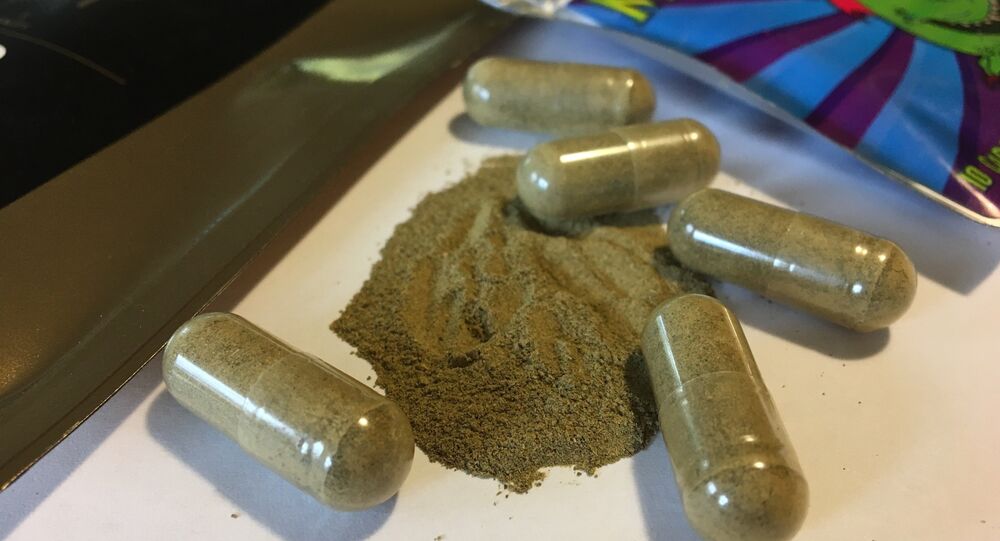 There’s been a dramatic increase in emergency services being called to deal with British citizens who've taken dangerous synthetic cannabinoid 'spice', the mainstream media has reported. Paramedics in some areas of the country are apparently dealing with up to six times as many affected people compared with 2017.

The synthetic compound has mind-altering effects, significantly raises heart rate and can induce a feeling of intense discombobulation — it's also been linked to a number of deaths.

The widely-publicized risks of spice prompted it reclassification as a 'Class B' drug in January 2017, with harsh, potentially custodial penalties for possession and supply. Accordingly, data obtained by the Guardian via freedom of information requests indicate the number of police reports mentioning spice rose fivefold 2015 — 2017, from 234 to 1,157. Of the 2017 reports, 725 were for drug offences, while 432 mentioned spice in relation to other crimes.

For drug policy reform advocate Neil Woods, spice is a palpable example of the futility and counterproductivity of the war on drugs.

"The illegalization of spice hasn't made the public safer, it's just pushed the trade onto the black market, making the streets more dangerous and boosting the profits of organized crime in the process. In August, a group of police and crime commissioners wrote to the Home Office, calling for it to be upgraded to Class A, as if that's going to achieve anything. There's little apparent recognition among mainstream journalists of how counter-intuitive that move would be — in fact, the media are making that upgrade almost certain, by constantly running 'moral panic' stories about the drug," Neil told Sputnik.

If the drug is upgraded to Class A, it won't be the first time alarmist reporting has helped trigger potentially deleterious official action on drugs. In 2009, the media was awash with horror stories about synthetic psychoactive stimulant mephedrone, which was then legal to purchase online.

The drug was said to be extremely dangerous, and used by potentially millions of British citizens young and old. Dozens of users were said to have died, many others ended up in intensive care — one man reportedly tore off his own scrotum after mephedrone-induced hallucinations convinced him poisonous centipedes were crawling all over his body.

© East News / PhotoNonStop RM
Head of Advocacy and Policy with the leading children’s rights organisation said that the problem of children being trafficked and then forced into working in the illegal drugs trade is not new to the UK.
Children were even said to be heavy users, with hundreds of pupils regularly missing school as a result of late-night binges — but due to the drug's legality, neither teachers nor police officers could confiscate the substance.

None of these stories were true. In some cases, the media even regurgitated satirical stories posted in jest on legal high websites — or simply misrepresented the facts of tragic deaths, attributing an individual's passing to the drug when other causes were to blame.

The impact of this reporting was nonetheless significant. For one, medical professionals have suggested the media helped publicize the drug, and boost its rates of usage. More significantly though, the government was pressured into banning the drug in March 2010 — hailed a triumph by the media, the move precipitated the resignations of several members of the Advisory Council on the Misuse of Drugs, a governmental body.

One, Eric Carlin, said ministers had created policy "unduly based on media and political pressure", which would needlessly criminalize users, "harming people who need help and support".

Neil detected a similar disregard for fact in reporting over the summer on 'monkey dust', a cheap stimulant drug the BBC and Sky News, among other leading outlets, claimed was causing a public health crisis in the West Midlands.

Users were said to mutate into mindless zombies with superhuman strength, and imperviousness to pain — police and health workers were said to be considering wearing body armor to deal with violent and uncontrollable addicts.

Footage of a man throwing himself off the roof of a house, landing on a car and then leaping to his feet to fight police featured widely in media coverage on the apparent epidemic, an apparently representative example of the effects of the drug. As Neil notes, there was a small problem with the clip.

"It was total nonsense — the footage was four years old, and it's unclear whether he'd even taken drugs. Such irresponsible reporting has very real and devastating consequences, though — more drug users in prison, more crime, bigger criminal profits, more police resources squandered fighting an unwinnable drug war, etcetera. Media and politicians alike need to view drug use as a public health issue, rather than a criminal justice problem. That way, we can radically change the lives of users and improve communities, for a fraction of the cost of enforcing prohibition," Neil concludes.