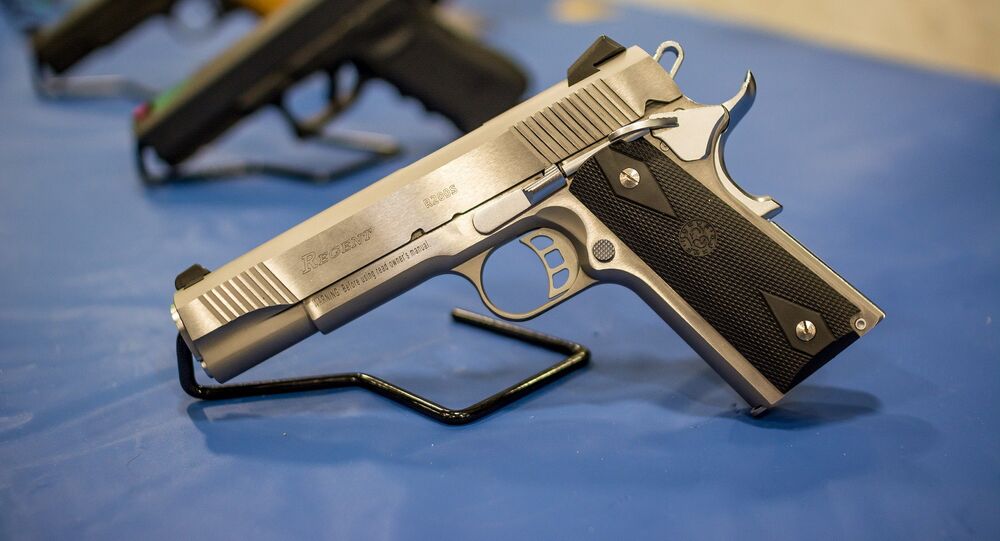 UK authorities have discovered what appears to be an illegal weapons' manufacturing ring in Southeast England. A major investigation is underway and several suspects have been detained.

The British National Crime Agency has revealed an illegal and "sophisticated" firearms manufacturing operation taking place in what appeared to be a gearbox repair business located in Hailsham, East Sussex.

"Officers heard loud bangs consistent with gunshots emanating from inside an industrial unit on Diplocks Way. The unit was an engineering workshop, with signage outside showing it to be a gearbox repair business," an NCA statement read.

According to the NCA, the organization's Armed Operations Unit raided the site late Saturday night nearby the Hailsham bypass. Authorities seized two handguns and a quantity of ammunition. One of the suspects was tasered in order to subdue him, the NCA stated.

The NCA and Sussex police officers then cordoned off the area and began a thorough forensic search of the scene, which found what officers suspect to be machinery and components used in "the criminal manufacture of firearms and ammunition", as well as numerous "handguns in various stages of production, as well as what appears to be templates and metal for use in their fabrication," it stated.

READ MORE: UK Government Urged to Clamp Down on Antique Guns Being Used By Criminals

"Our investigation is continuing, and much of what we have discovered at this location will now be the subject of careful forensic analysis", Rob Hickinbottom, the NCA's Head of National Firearms Threat Centre said in a press statement.

"We suspect that this operation has disrupted a group that would appear to be involved in the criminal production of firearms. As a result, we have prevented a potentially large quantity of weapons from getting onto the black market and into the hands of criminals," he continued.

29-year-old Greg Akehurst, who has no fixed address, and 63-year-old Mark Kinman from Bramwell Mews, Hailsham were charged with possessing a firearm.

"All three men were later charged with offences relating to the possession of firearms and have now been remanded in custody after appearing before a magistrate," the NCA said.

UK authorities have begun cracking down on a wave of illegal gun manufacturing after National Ballistics Intelligence Service (NABIS) experts discovered that two murders in the West Midlands were carried out using obsolete firearms. A third murder has also been suspected of the same.

A country-wide handgun ban has been in place since 1996 due to the Dunblane massacre, which claimed the lives of 16 young children and a teacher at a Scottish school.

Thomas Hamilton, the suspect, later committed suicide. It was the deadliest mass shooting in UK history. The aftermath of the attacks prompted citizens' petitions, leading to the 1966 Cullen Reports and helped to pass important legislation such as the 1966 Firearms Act.