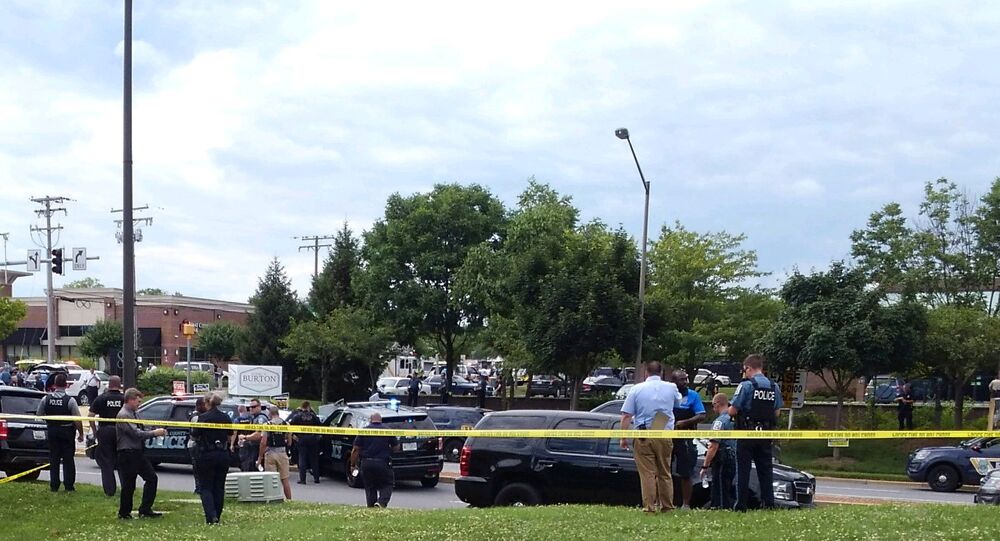 A shooter stormed into an office building in Annapolis, Maryland on Thursday where the Capital Gazette is located, local police have confirmed. The gunman killed five people, while two others have "superficial" wounds, law enforcement officers reported.

During an evening update, local law enforcement officials revealed that the shooter was a white male believed to have used a shotgun. He is not cooperating with investigators presently.

Officials added that they believed to have found an explosive device at the scene of the crime, which was handled by a bomb squad. Police later reported that it was not an explosive device, but rather smoke bombs he brought with him and used upon entering the building. A total of 170 people inside the building were safely evacuated from the grounds.

"This was a targeted attack on The Capital Gazette," local police said Thursday evening, adding that it hasn't be verified whether the gunman, a Maryland resident, knew individuals at the Gazette, or if he was targeting the newspaper as a whole organization.

Several US news outlets identified the suspect as Jarrod Ramos, 38, who lost a lawsuit in 2012 against the newspaper when he tried suing them for defamation. The disgruntled individual appealed the decision in 2015, the Capital Gazette reported at the time. The appellate court upheld the ruling in favor of the Capital Gazette, stating that his decision to appeal "reveals a fundamental failure to understand what defamation law is."

Fuck you, leave me alone.http://t.co/NFVUiEdqsV

​News of the shooting began to surface after an intern at the Capital Gazette tweeted, "Active shooter 888 Bestgate please help us."

​The incident was later confirmed by ATF via Twitter as the organization tweeted that agents were responding to the shooting.

"Confirming active shooter at 888 Bestgate Road in Annapolis," local police said, adding that the building has been evacuated and officers initiated a sweep of the building.

Details of the shooting were later recounted by a crime reporter with the Capital Gazette via social media.

Police officers swept the offices of the Baltimore Sun, another US newspaper which owns the Gazette in nearby Baltimore, Maryland. Authorities said there is no threat to the Sun. As the investigation unfolds, police are treating the incident as a tragedy brought down by a single suspected attacker.

Anne Arundel County Police, which has local jurisdiction over Annapolis, publicized that there was an active shooter as well.